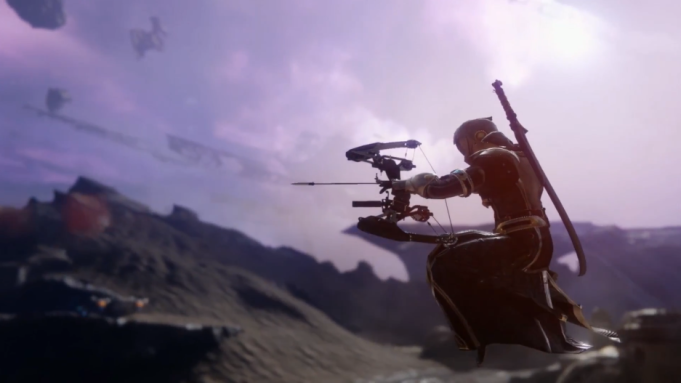 Taking its cues from the success of 2015’s “The Taken King” expansion, “Destiny 2’s” second year will introduce nine new super abilities and a new weapon type — the stylishly old-school bow — with the arrival of the “Forsaken” expansion, the third major update for the game.

With a focus on adding new ways to customize player builds and add variety to engagements, the new subclass trees will share energy types with classic Guardian abilities. A “void Warlock,” for instance, will apparently have two unique skill sets and supers to choose from. While it’s unclear exactly how the alternate supers will work within the existing subclass system, it’s likely they’ll come in the form of a new unlockable node within each of the nine original class screens. The Battle.net pre-order page for the expansion does confirm, however, “Nine New Supers.”

Year two of “Destiny 2” will see the Rumble playlist being made permanent, the addition of more vault space, the ability to delete unwanted shaders more easily, and the oft-requested return of randomized weapon rolls (a staple of the original “Destiny’s” loot grind). The game will also be adding new UI functionality with the “Collections” system, which will allow players to see and keep track of exactly what meaningful loot, such as armor and weapons, they have yet to obtain.

“Warmind,” the second expansion for “Destiny 2,” was released last month. Both “Warmind” and the previous DLC event, “Curse of Osiris,” were developed in large part by the Activision-owned studio Vicarious Visions.

“Destiny 2: Forsaken” launches on September 4 for PC, PlayStation 4, and Xbox One.