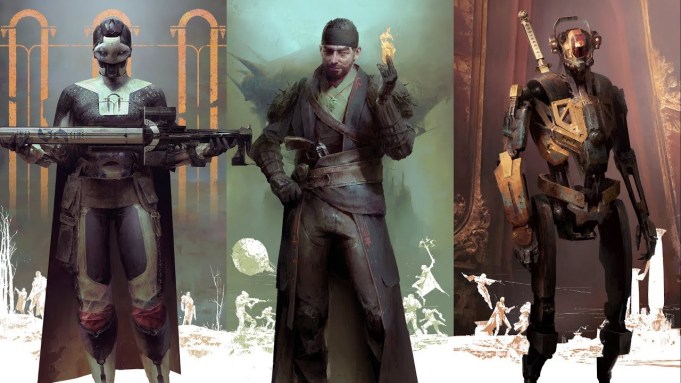 “Destiny 2” is fundamentally shifting and will no longer focus on big expansions like Forsaken, developer Bungie said in a blog post and video on Tuesday. The studio doesn’t want to introduce more DLCs or campaigns. Instead, it will focus on three full seasons of content that can last an entire year.

The Season of the Forge kicks off today and ends in February, bringing with it new ranks, new pinnacle weapons, and more. The game world will also start changing in some way after each weekly reset. “It’s going to be like a little advent calendar where you’re unwrapping the little gifts underneath the tree now knowing exactly what’s in them,” Bungie said.

“Throughout each of our three seasons and the Forsaken Annual Pass that rolls out alongside them, we intend to keep your Director filled with things to do each week,” the developer said. “Some of those experiences will come and go (like the Dawning and Crimson Days), but others (like the Black Armory forges and raids) remain active after their initial introduction, building on the foundation of activities you can experience each week.”

Of course, some of the new content will only be available to Annual Pass holders. The Black Armory launches on Dec. 4 and will send players on a series of quests to rediscover and reactivate four lost forges. Players who successfully complete the quests can expect new weapons as a reward, of course. A new raid opens on Dec. 7. A new event called The Dawning starts on Dec. 11.

Season of the Drifter runs from March to May and adds new Gambit maps and pinnacle activities, an exotic quest, a Spring event, and more. Meanwhile, Season seven is a bit of a mystery. It starts in June and focuses on “discovery and subversion and exciting new secrets,” Bungie said.

Bungie shared a content roadmap on its website — which you can view below — but said things are subject to change as development continues.