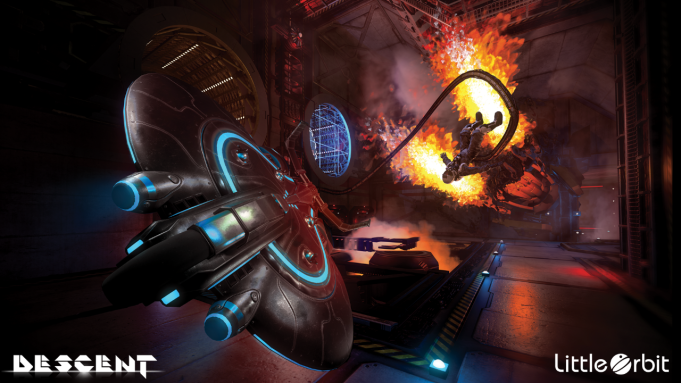 Publisher Little Orbit and developer Descendant Studios are looking to launch the reboot of classic shooter “Descent” in 2019.

This revitalized and refreshed vision of the popular title is being given a new lease on life via Unreal Engine 4, and will offer a single-player campaign comprised of over 15 missions with an additional multiplayer component. It will also feature multiplayer gameplay with cooperative Survival matches as well as PvP selections such as Anarchy, Corporate War, and Miner Mayhem. Players can customize their spaceships, take on multiple class roles, and play with up to three other players online via co-op.

There will be 20 unlockable ships, each with their own unique tech trees, with options for attack, defense, engineering, and support depending on how players want to customize each particular vehicle. The original “Descent” found players twisting through narrow tunnels and passageways with the freedom to zip back and forth in whichever direction they pleased. The new version of “Descent” looks to follow in those footsteps, with added features and customization options.

The reimagined version of the six degrees of freedom shooter from the ’90s is coming to PC, Xbox One, PlayStation 4, and Nintendo Switch next year, with an early beta available for those who preorder the game coming in November. The beta will be released for PC players first in a bid to help further polish the game as it hurtles toward its impending release.

The game is currently available for pre-order, and those who purchase early will be guaranteed access to the PC beta, a custom version of the Generation III “Viola” ship with an exclusive paint job, special PC beta challenges for cosmetic rewards, and a multiples upgrade for seasons 1 and 2 of multiplayer with additional challenges. For those looking for even more out of “Descent,” the title’s first Secret Missions DLC with new single-player missions will also release later in 2019.