‘Dead by Daylight’ Teases a New Killer Based on Japanese Horror 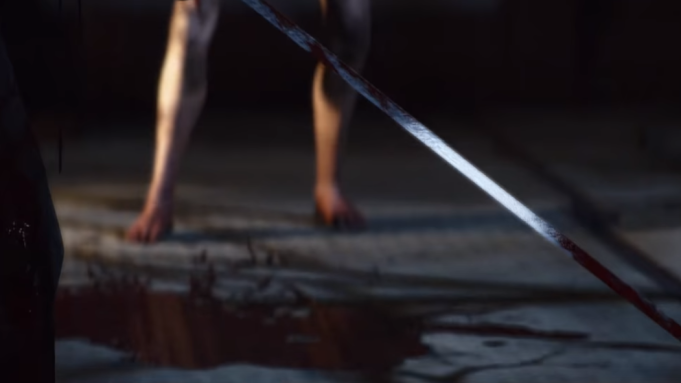 It looks like “Dead By Daylight’s” next killer is inspired by Japanese horror.

Developer Behaviour Interactive teased a “new chapter” for the asymmetrical survival horror game in a YouTube video on Thursday. The short clip shows a man wielding a katana and the feet of a crying woman. As the sword falls, the video cuts to black over the sounds of the woman screaming.

“There is no point, dear daughter. We are born to die,” the man apparently says in Japanese, according to a fan translation on YouTube. “The more we wait, the more pain we carry.”

“Dead By Daylight” is an online multiplayer game where four people are survivors trying to escape a fifth player who is the killer. To escape, they must repair a certain number of disabled generators or find a key to open a hatch. They can’t fight; instead, they have to avoid the killer by using stealth or make use of numerous traps in the area.

The game’s current roster of baddies is based on fairly common horror tropes. There’s a clown (of course), a hag, a doctor, a hillbilly, and more. Some famous Hollywood horror villains are also available in-game as DLC characters, including Freddy Krueger, Jigsaw, and Leatherface. So, a killer based on Japanese horror or lore makes sense. Right now, it’s not clear if the killer in the video is supposed to be the man or his daughter. Behaviour Interactive said it will have more information soon.

“Dead By Daylight” first launched on PC, PlayStation 4, and Xbox One in 2017 and was a surprise hit. It’s reportedly sold more than four million copies to date.