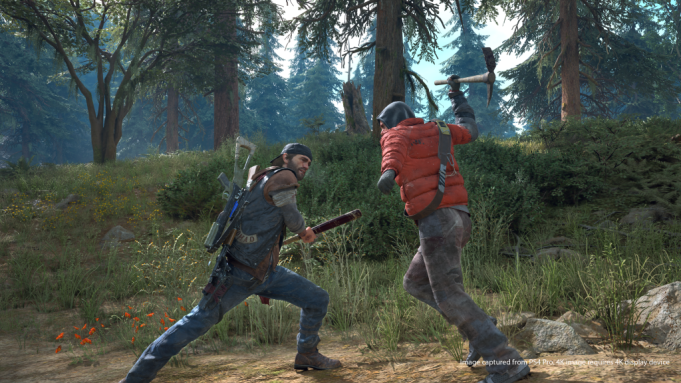 PlayStation exclusive “Days Gone” hits the console on Feb. 22, a trailer showing off the action players can find in the upcoming zombie slaughtering adventure revealed Thursday.

“Days Gone” is a brutal, post-apocalyptic survival game that’s reminiscent of AMC’s “The Walking Dead” series. Rather than Walkers, players will have to fight off Freakers — or choose to escape or get by using stealth tactics, depending on their preferred play style.

Bend Studio, the developer behind the “Syphon Filter” series and “Uncharted: Golden Abyss,” gave a glimpse of a faction of human enemies to worry about as well. The Rippers are a cult who worship the undead Freakers, and kill anyone who’s not a member.

The release date and trailer were revealed during day two of PlayStation’s Countdown to E3 event. A more likely comparison than “The Walking Dead” in terms of gameplay and style would be “Red Dead Redemption.” Much like Rockstar’s hit title, there’s more than just other humans (and in this game, zombies) to worry about– mountain lions, cougars, ravens and other infected animals will take jabs at you. There’s danger around every bend, and you’ll need to rely on your trusty bike rather than a horse to get you through. The end of the trailer ominously shows central character Deacon’s ride running low on fumes.

“Days Gone” will be available exclusively for the PlayStation 4 next year. For more details be sure to check out Variety’s hands-on experience with the upcoming title.