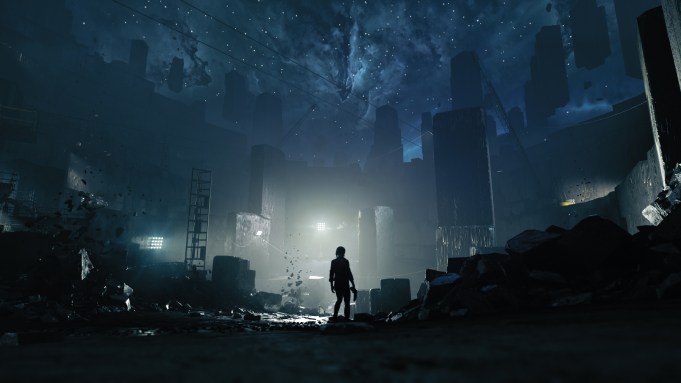 “Control,” Remedy’s upcoming, weird-fiction video game due out on console and PC next year, takes place in a single office building in downtown Manhattan, but inside the headquarter’s of Control are myriad realities, worlds, universes waiting to be explored.

According to the Remedy press release, “‘Control’ is set in a unique and ever-changing world that juxtaposes our familiar reality with the strange and unexplainable. After a secretive agency in New York is invaded by an otherworldly threat, players will take on the role of Jesse Faden (Courtney Hope), the new Director struggling to regain Control. This sandbox-style, gameplay-driven experience built on the proprietary Northlight engine will challenge players to master a combination of supernatural abilities, modifiable loadouts and reactive environments while fighting through the deep and mysterious worlds Remedy is known and loved for.”

Remedy also announced that it will be playing host to a livestream from the studio starting at 11 a.m. ET Thursday. The livestream will feature game director Mikael “Mixu” Kasurinen, lead actress Courtney Hope (“Quantum Break,” “The Bold and the Beautiful”), Remedy communications director Thomas Puha and “Control” community manager Vida Starcevic. The group will be discussing the world trailer and the game’s development since its unveiling at E3 earlier this year.