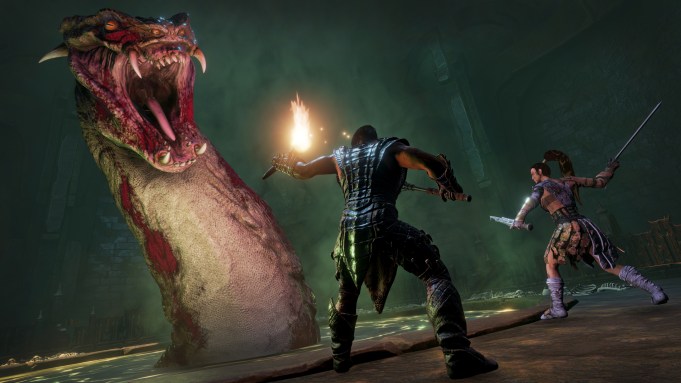 “Conan Exiles” is the best and fastest-selling game in developer Funcom’s history, according to the company. The open-world sandbox survival game has exceeded 1.4 million copies sold, which makes it the crown jewel of sales in the studio’s sprawling 25-year history in the business.

Previously, the record was held by 2008’s release of MMORPG “Age of Conan: Hyborian Adventures,” which eventually reached 1.4 million copies sold after three years on the market. It’s only taken about half the time for “Conan Exiles” to achieve the same impressive milestone, which speaks volumes about the quality of the latest “Conan” adventure.

“Conan Exiles” tasks players with navigating life in the fictional prehistoric Hyborian Age after being convicted of heinous crimes and sentenced to death. Conan the Barbarian saves the player character from death by crucifixion, and the player must learn to live life as an exile, navigating the harsh desert and even a tundra known as The Frozen North.

“Conan Exiles” will welcome its second expansion in the form of the “Jewel of the West” DLC this August, which adds new weapons, armor, furniture, building items, and Aquilonian-themed building pieces and warpaints to further customize players’ in-game creations.

There’s also a massive free update coming further down the line, which will introduce pet taming for creatures like panthers, camels, and even spiders. The update will be a free download for players on all platforms.