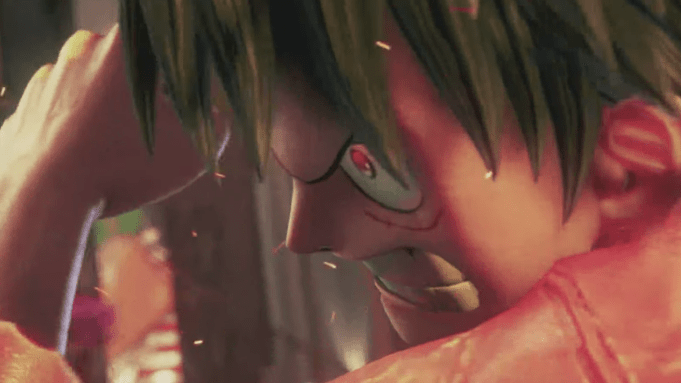 “Jump Force” is a new brawler from Bandai Namco and you can check out the trailer now, as revealed at Microsoft’s E3 briefing.

“Jump Force” is a crossover title, giving players the chance to stop debating whether Goku could beat Naruto in a fight, and go ahead and put it to the test.

In the trailer, Frieza and Goku are shown from the popular anime Dragonball Z, as well as Luffy from “One Piece.”

While the trailer is mostly cinematic, there are hints of what kind of moves players will be able to use in combat. Goku is shown powering up to his super saiyan form, for example, and multiple characters are shown with the ability to generate energy blasts.

Xbox Wire’s Will Tuttle called the upcoming fighting game an “anime fan’s dream come true” and noted that players will be able to fight in “familiar backdrops of famous landmarks around the world, including New York City’s Times Square and the Matterhorn.”

The announcement of “Jump Force” took place at the Microsoft Theater in Los Angeles on Sunday, as a part of Xbox’s E3 2018 briefing. Microsoft showed off 50 games at the event, with 18 exclusive titles and 15 titles receiving their worldwide debut.