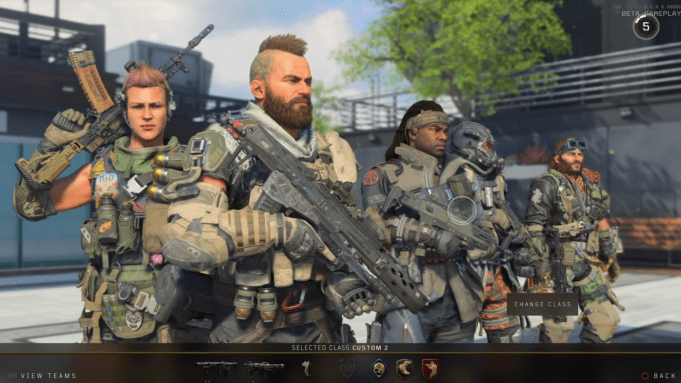 Developer Treyarch debuted the new Arsenal map for “Call of Duty: Black Ops 4” during Gamescom 2018 this week. But, if you didn’t make it to the show in Cologne, Germany, don’t worry — you can check it out in this new gameplay video.

“Call of Duty” publisher Activision posted the video to YouTube Wednesday and describes Arsenal as “hostile covert ops on a manufacturing facility of a powerful North American military defense contractor” where “someone may have stolen the keys to the castle.” The nearly 13-minute clip shows two teams competing in a Hardpoint match, where they must battle to control ever-changing points on the map.

Treyarch recently held a “Black Ops 4” multiplayer beta and it’s making some changes based on community feedback. The fog of war and body armor were both a little overpowered during the beta and they’re getting balance tweaks. The developer is also addressing issues with the respawn system, specifically an item called the Tac-Deploy. It was also a “tad too strong.”

“The beta gave us a tremendous amount of feedback — it showed us what needed to be tweaked, tuned, modified, and analyzed further,” Treyarch said. “What has been great is how constructive and articulate you’ve been. This is after all, why developers have betas in the first place.”

Treyarch is also holding a beta for “Black Ops 4’s” new battle royale mode, Blackout. It begins on Sept. 10 for PlayStation 4 owners. PC and Xbox One players start on Sept. 14. Anyone who pre-purchased a digital version of the game, or anyone with a Battle.net account, can participate.