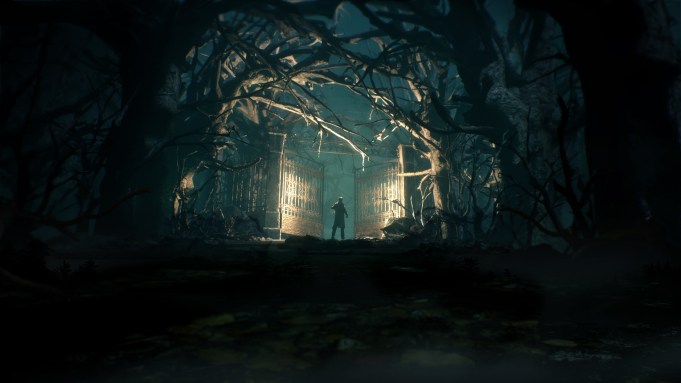 “Call of Cthulhu” is an official adaptation of Chaosium’s tabletop role-playing game. It launches on PC, PlayStation 4, and Xbox One on Oct. 30.

While “Call of Cthulhu’s” first gameplay trailer showed the beginning of protagonist Edward Pierce’s investigation of the island, this new video teases some of the conspiracies, bizarre cultists, and cosmic horrors he’ll encounter. Since this is an investigation game, Pierce spends a lot of time inspecting scenes for clues, interrogating locals, and sneaking past enemies. Skills like Eloquence and Psychology are used to convince distrustful people to confide in him, and they can be upgraded to make him a more effective sleuth. His Strength skill allows him to intimidate people or use brute force when necessary, while Medicine and Occultism gives him insight into the eldritch books and artifacts found throughout the island.

Of course, like most Lovecraftian games, Pierce has a sanity meter, and researching the horrors that dwell beyond the fabric of reality has a negative impact on him. The closer he gets to madness, the harder it is for him to draw logical conclusions and his perception of reality changes.

Variety’s Steven T. Wright had a chance to see “Call of Cthulhu” at this year’s E3 and said “if Cyanide manages to capture the deeply hopeless spirit of the tabletop game in the bonds of computer code, it’s fair to say that we might have a cult classic on our hands, just like the previous ‘Call of Cthulhu: Dark Corners of the Earth.’ And while it’s certainly true that the boundless pessimism of cosmic horror isn’t for everyone, the ranks of truly interesting detection-focused games remains sadly bare. Let’s hope that ‘Call of Cthulhu’ manages to fill out that shelf just a little more – if it doesn’t topple itself in the process.”