Blizzard Has Multiple ‘Diablo’ Projects In The Works 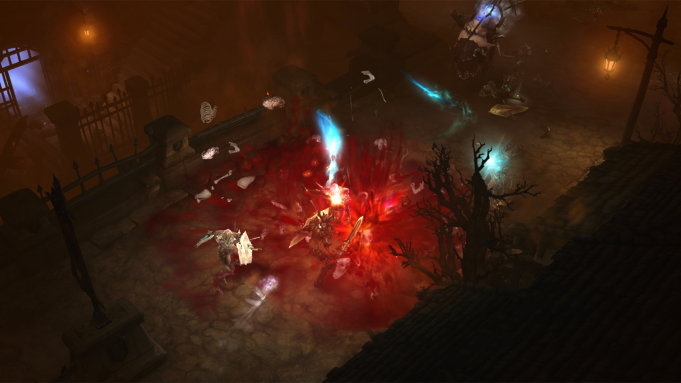 Blizzard Entertainment dropped some hints about the future of its popular, long-running “Diablo” franchise on Wednesday.

“The forges here at Blizzard are burning hot and we have multiple ‘Diablo’ projects in the works,” said Blizzard associate community manager Brandy Camel in a short YouTube video.

Camel mentioned that some of the projects will take longer than others, but Blizzard hopes to have some things to show fans later this year. It will likely reveal more during BlizzCon 2018, which takes place Nov. 2-3 at the Anaheim Convention Center in Anaheim, Calif.

“We hope you stay tuned while we work to bring these ‘Diablo’ experiences to life,” Camel said. “None of this would be possible without the support that you’ve shown us for over 20 years. So whether you first joined us in ‘D3’ or you’re a seasoned veteran, thank you. ‘Diablo’ is and always will be part of Blizzard’s identity, and we can’t wait for the future.”

“Diablo 3” launched in May 2012 and is currently in its fourteenth season. Also called the Season of Greed, it’s the first of Blizzard’s new themed seasons. During this time, all Treasure Goblin spawns in the game are doubled, which means more loot for players who are quick enough to kill them. Blizzard plans to explore other seasonal themes in the future.