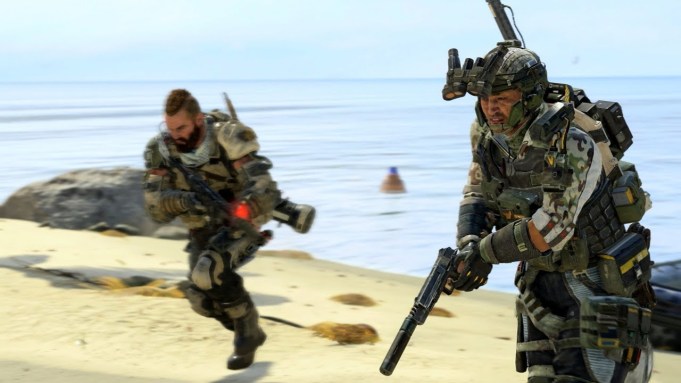 Fan-favorite “Call of Duty” multiplayer maps like Nuketown will be back in “Black Ops 4.” Treyarch teased new details about the game’s PvP in a live broadcast on Thursday.

Other familiar maps confirmed during the stream include Jungle, Slums, Summit, and Firing Range — all of which will ship with the standard edition of the game on Oct. 12. Nuketown will go live to all players in November.

The broadcast began with an up-close look at the series’s new take on gunplay, which involves a mix of grounded, old-school mobility and high-tech equipment. Major changes to the mechanics of combat include “predictive recoil,” which allows for greater mastery of specific weapons, and the addition of a self-healing ability. The developer hopes these changes will ultimately create a greater sense of agency and payoff for players by introducing more decision-making into engagements.

A Call of Duty World League event being held in Anaheim, Calif., the weekend after E3 will give fans a chance to go hands-on with the game’s multiplayer.

“Black Ops 4” was announced on March 8 and first shown during a livestream reveal event on May 17. Notable for being the first “Call of Duty” to ship without a single-player campaign, the title will be centered around various online multiplayer experiences, including traditional arena multiplayer, a new battle royale game type called Blackout, and the popular Zombies mode.