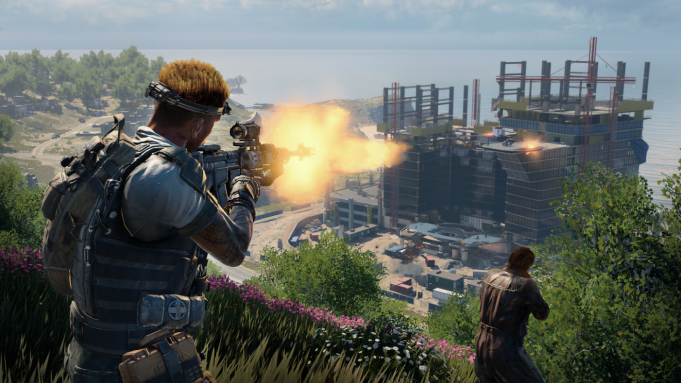 “Call of Duty” fans got their first look at “Call of Duty: Black Ops 4” and its upcoming battle royale mode Blackout on Thursday, with an illuminating new trailer.

The trailer showed off various views of the enormous battlefield soldiers will be deposited on, which is comprised of areas such as Rivertown, Nuketown Island, Fracking Tower, Factory, and other additional types of terrain.

There’s a wide range of land here that players can explore, including coastal forests, deserts, and elements culled from older “Call of Duty” maps. Previously, players got their first look at the mode’s map, which looks quite large. Most will look familiar to longtime “Call of Duty” players, and the landmasses will be connected to make a massive map on which large-scale battles will break out on land and in the sea and air.

Up until now, details have certainly been thin on what to expect from the raucous upcoming mode, so seeing it in action is definitely a boon for those interested in giving it a try. The trailer is reminiscent of the game’s trademark frenetic action, with slick visuals and plenty of carnage,

Initially announced back in May during the initial “Black Ops 4” reveal, “Blackout” serves as the series’ first foray into the battle royale genre, and it will have its own separate beta mode that begins on Sep. 10. PlayStation 4 owners get a taste of the game mode first, ahead of the full game release on Oct. 12 for Xbox One, PlayStation 4, and PC.

The beta will be available for anyone who’s previously purchased a copy of the game, with an open version for all interested players with a Battle.net account later this month.