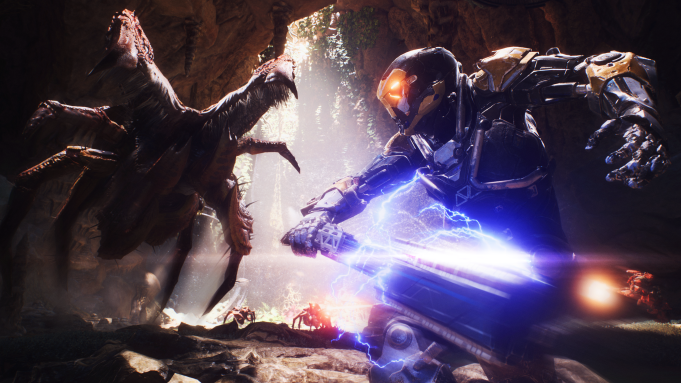 Executive producer Mark Darrah has been fielding numerous questions about “Anthem” on Twitter this month. The upcoming BioWare game served as the centerpiece for EA’s June 9 press conference ahead of E3.

It's time for my Ask Me ALMOST Anything About Anthem!

Technically, you CAN ask me anything, but I can't ANSWER everything… yet.

Let's kick off the #AMAAAA now!

Here’s what we’ve learned so far:

“Anthem” is a post-apocalyptic sci-fi shooter in which player characters wear “Javelin exosuits,” delve into strange ruins, and battle various creatures and marauder factions to save humanity from extinction. The new intellectual property was first announced at E3 2017. After getting pushed back from its original fall 2018 release window, publisher EA announced that the game would instead launch in early 2019.