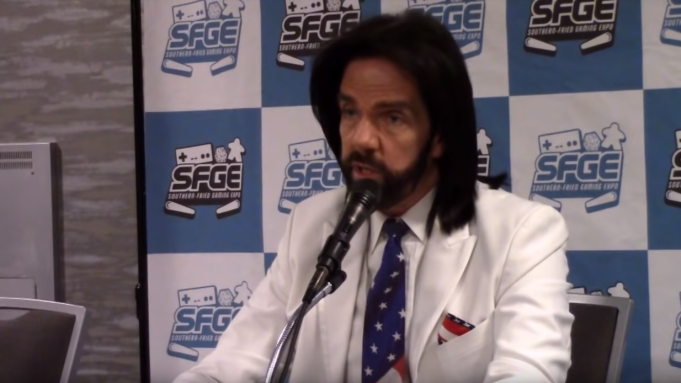 The video of Billy Mitchell’s rambling, hour-long defense of his famous “Donkey Kong” high score at the 2018 Southern-Fried Gaming Expo in Atlanta earlier this month is now available on YouTube.

It was the first time the disgraced “Donkey Kong” champ spoke publicly about allegations his high score was achieved on emulation software and not on an arcade machine. Video game records organization Twin Galaxies, along with at least two different third parties, reportedly investigated the allegations before stripping Mitchell of his high scores and banning him from competition.

Mitchell and his high score featured prominently in the 2007 documentary “King of Kong: A Fistful of Quarters.” During the SFGE 2018 panel, called “Billy Mitchell: Road to Redemption,” he claimed his score is legit and said certain parties have been targeting him and his accolades for years. Variety’s Jon Irwin attended the talk and said the former champ disparaged journalists, calling them “jealous crybabies,” and segued into a story involving his teenage son, pornography, and the FBI.

At the end of the talk, Mitchell said he’ll reclaim his record at an upcoming event. “I’m gonna do the exact [‘Donkey Kong’] score and just let the game die,” he said, before making a mock horrified face. “‘You mean you’re not going to go higher even if you can?’ No. Why? ‘Cause I’m Billy Mitchell.”