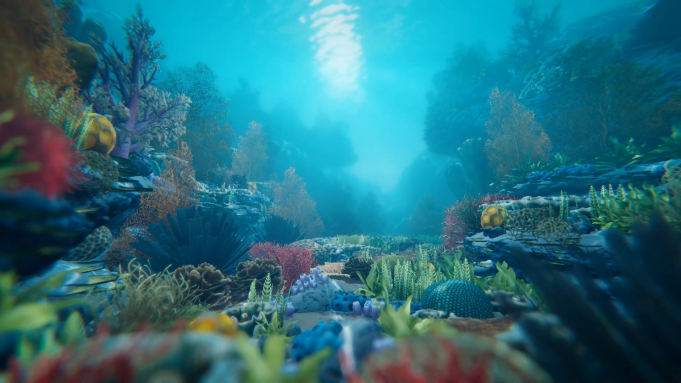 A new gameplay trailer for “Beyond Blue” released Tuesday to coincide with this week’s “Blue Planet II” release via Netflix, according to a press release.

The trailer, created entirely using the in-game engine, shows the atoll region of the game. The atoll is a colorful coral reef that formed “around the rim of an extinct volcano that has largely fallen below sea level,” according to the press release.

“Beyond Blue” will include exclusive footage from “Blue Planet II,” further solidifying the connection between the two and their messages of ocean conservation.

We don’t know much more about the gameplay in “Beyond Blue” from the teaser, as it just shows a character, presumably Mirai, the protagonist, swimming around the atoll.

Variety spoke to Michael Angst, the founder and CEO of E-Line Media, and creative director of the game, back in June about “Beyond Blue.”

The game will follow Mirai, the lead of a research team using new technology to explore the unexplored depths of the ocean.

“A lot of the choice of the game is what quests or research threads you want to prioritize and what that means in terms of stakes in the narrative,” Angst said. “We hope to present the player with morally complex questions, ones that have real world stakes.”

“Beyond Blue” will release on “select consoles” and PC in early 2019.