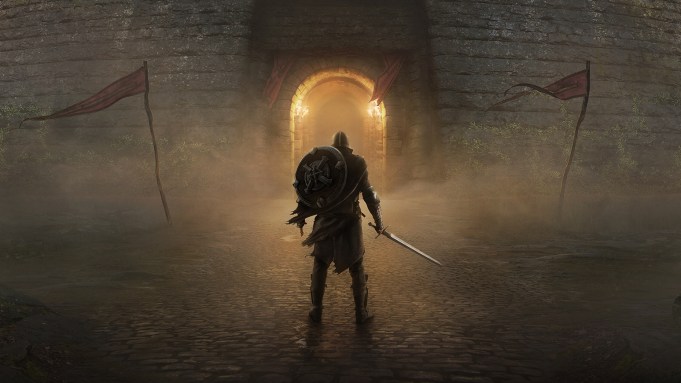 A new free-to-play RPG set in the Elder Scrolls universe (as seen in “Skyrim” and “Morrowind”), the game was announced for the first time at Bethesda’s E3 press conference on Sunday night. The game will launch on iPhone, iPad, and Android devices in fall 2018. Players can sign up now for access to an early beta of “Blades,” which will be used to test the game’s multiplayer functionality.

“‘Blades’ contains the many hallmarks Elder Scrolls fans enjoy from the franchise,” Bethesda has revealed. Such features include “beautifully rendered, console-quality environments; powerful magic; tons of gear to collect; upgradeable skills; and, of course, real-time fantasy battles! Fights are settled using the touchscreen to slash [with] your sword, deflect oncoming attacks, cast a mighty bolt of lightning, and more.”