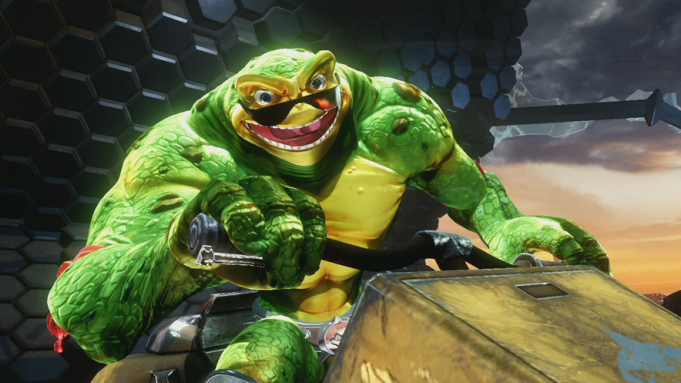 “Battletoads” is back, and it’s coming to Xbox One in 2019. The game’s first trailer premiered at Sunday’s Xbox E3 2018 Briefing.

The all-new entry in the beloved series is being developed in partnership with Dlala Studios and will feature “body-morphing genre mashups, three-player couch co-op, 4K hand-drawn 2.5D graphics, and broad non-specific feature declarations,” Microsoft announced. The franchise first made its way to Xbox One as part of 2014’s “Rare Replay” anthology, and has since been teased and celebrated with a playable fighter in “Killer Instinct” (2013) and an optional Xbox Live gamerpic.

Originally released in 1991 for the Nintendo Entertainment System, “Battletoads” later made its way to a Tiger Electronics handheld of the same name, a separate Game Boy version, and three sequels.