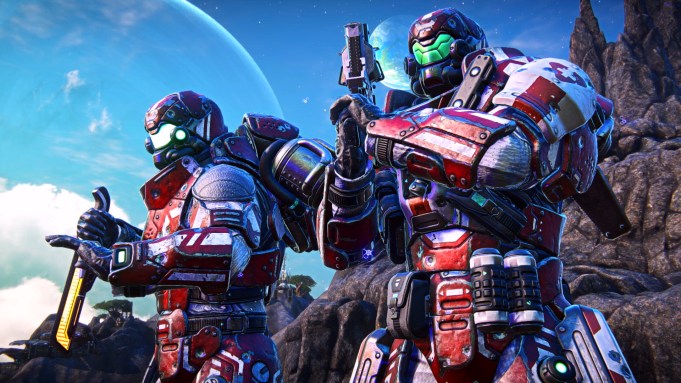 “Planetside 2,” the massive free-to-play online first-person shooter released back in 2012, is getting a spin-off of sorts with the coming release of “Planetside Arena,” another massive online shooter set in the Planetside world, but with a focus on seasonal game modes and evolving storyline. The first of those modes, developers Daybreak Games tells Variety, will be a unique take on battle royale.

The game is set for a Jan. 29 release on Steam for Windows PC with versions selling for $20 and $40. Both editions of the game include a season one battle pass and other goodies.

“Planetside Arena” will feature a robust class system, combined arms gameplay, seasonal progression and support for up to 1,000 players in a match. At launch, the game will include three game modes: massive clash — which is a 500-player group-versus-group mode, as well as solo and team battle royale modes. Capture the flag, team deathmatch, search and destroy, and global conquest will be introduced over new game seasons.

Players begin every match by selecting which character class they want: assault, engineer or medic. Then the game drops them into a massive battle cruiser which slowly crawls above the massive map, allowing players to decide when they want to enter the game by deploying their drop pod into the map. The classes each include a jetpack as well as the ability to call up a sort of all-terrain vehicle, but start armed with just a knife. The classes also feature unique abilities which can be upgraded throughout a match.

The assault class has a dash jump jet, the ability to drop a totem that heals teammates and harms all others, and an increased sprint speed. The medic has a healing auroa, shield regen and faster interactions with items. The engineer can deploy a hardlight barrier, a spitfire turret, and has shield regeneration.

Another major twist on the battle royale mode is that in team modes, a player is never completely out until the match is over. When a player is killed they are down for about a minute before being automatically revived, or until a teammate manually revives them.

The game also has a number of vehicles, the Flash — that ATV that all characters start out with — can be summoned at any moment, but has a 20-second cooldown. It also can carry one other player. Other vehicles in the game, which can be found spread out across the 64-square-kilometer map, include a buggy called the harasser which holds four players. Those vehicles are spawned throughout the map, as our crates and weapon terminals. The weapon terminals allow players to use in-match currency — earned through play in a match — to upgrade or purchase weapons. Crates usually hold legendary items including weapons.

One small, but interesting tweak to the battle royale formula that “Arena” makes, is that it places all items you can pick up on little pedestals.  Tony Morton, lead game designer, said they noticed that in traditional battle royale games, players spent a lot of time looking at the ground to find, inspect, and grab weapons and items. So they moved their’s to pedestals so players would always be able to see what’s around them as they play.

While the gameplay looks striking and seems to offer some interesting design changes on the popular battle royale mode, the monetization does seem a bit confusing, at least when described.

The blueprints won’t deliver direct damage upgrades, but instead things like different attachments for a weapon, or tweaks like a higher fire rate, but less damage. The overall intent of the blueprints and most of the changes to the traditional mode, Morton said, is to slow down the play a bit.

“In battle royale games we found that people often didn’t know how or why they died,” he said. “So we added shields to extend time to kill. We found that between the increased time to kill and the revive system the end game is typically full team versus full team, which makes for a much more enjoyable experience.”

Another fun addition: the orbital strike grenade. There are only a couple of them spawned in each map, but they have a massive kill zone and an even bigger zone for the after-explosion pulse, which pushes everything — players and vehicles — out of the area. The result, as was shown in a streamed video, can be a rain of ATVs, players and buggies.

The plan is to expand the change the game modes with each season, which is why it’s called “Planetside Arena” and not “Planetside Battle Royale,” both Morton and Andy Sites, executive producer for the Planetside franchise, said. The idea behind this new “Planetside” game is to help freshen the IP and potentially bring new players into the universe of the games.

“‘Planetside’ has been around since 2003,” Sites said. “In 2012, we launched ‘Planetside 2.’ It has always been about very class-based gameplay at a very, very large scale. Once we started seeing the success of the battle royale games, we thought what would that be like for ‘Planetside.’

“People will see ‘Arena’ and what makes it special and they will see what ‘Planetside 2’ is about.”

The work on “Arena,” which runs on a heavily modified version of “Planetside 2’s” codebase and engine toolsets, will also lead to improvements in “Planetside 2” with all of those learnings and work being reincorporated into that game, Sites said.

“It’s great for our team to see ‘Planetside grow’,” said Nick Silva, producer of “PlanetSide 2.” “’Planetside Arena’ offers fans something new that both preserves and builds upon all the traits that make ‘Planetside 2’ so unique: the massive-scale warfare, the smooth movement and combat mechanics, the iconic vehicles and weapons. It’s a huge win for all of us to introduce more players to the franchise.” 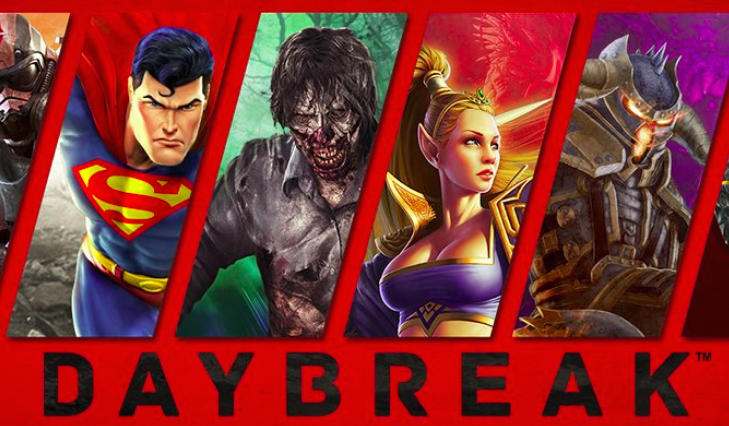 The news comes in the wake of layoffs hitting developer Daybreak Games.

Last week, Daybreak confirmed to Variety that the company was laying people off. They declined to say how many, but the number was rumored at 70.

“We are optimizing our structure to ensure we best position ourselves for continued success in the years to come,” according to last week’s statement. “This effort has required us to make some changes within the organization and we are doing everything we can to support those impacted in this difficult time. As we look to improve efficiencies and realign resources, we remain focused on supporting our existing games and development of our future titles.”

He also said that “Planetside Arena” is not meant to be a replacement for the aging “Planetside 2.”

“We are formally investing in the ‘Planetside’ franchise, this game is meant to be a stepping stone to the next ‘Planetside,'” he said.