‘Assassin’s Creed: Odyssey’ Is Coming To Switch In Japan 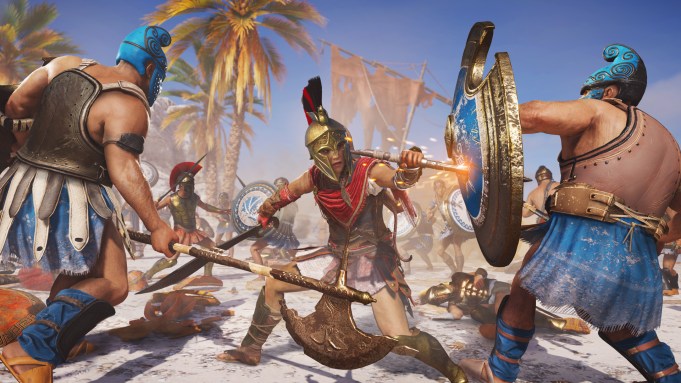 A cloud version of open-world action game “Assassin’s Creed: Odyssey” is coming to the Nintendo Switch in Japan, Nintendo revealed during a Direct presentation on Thursday.

“Assassin’s Creed: Odyssey” is the eleventh major installment in the popular series. It takes place in Ancient Greek during an alternate version of the Peloponnesian War. “Odyssey” leans more heavily into its role-playing elements than previous “Assassin’s Creed” titles. Players can choose between two main characters, Alexios or Kassandra. There are dialogue options, branching quests, multiple endings, and even non-playable character romances.

“Odyssey” isn’t the first cloud game on Switch. Back in May, Nintendo announced it was bringing “Resident Evil 7” to the console as a streamable title in Japan. It includes the base game and all of the current downloadable content, along with some added Joy-Con motion controls. That game costs 2,000 yen ($17.85 USD) for a 180-day pass.

Nintendo has also apparently experimented with a cloud version of Sega’s MMORPG “Phantasy Star Online 2.” So far, none of these cloud games have made their way to audiences outside of Japan.

There were a number of other reveals during last night’s Direct livestream. Nintendo is working on a new “Animal Crossing” for 2019, along with a new “Luigi’s Mansion.” The company also divulged more info about its Switch Online service, which launches next week on Sept. 18. A number of classic “Final Fantasy” games are making their way to a Nintendo console for the first time ever. Plus, there’s a new “Super Smash Bros. Ultimate” Switch bundle.

(Correction: Earlier, Variety stated “Assassin’s Creed: Odyssey” has a daily pass, but that information was incorrect. There’s only a full game pass.)