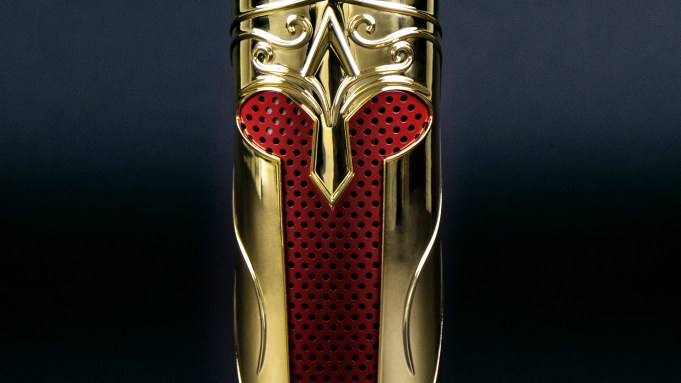 Video game publisher Ubisoft is teaming up with Amazon to create an Alexa-enabled device and Alexa Skill based on its upcoming action-RPG “Assassin’s Creed Odyssey,” it announced on Tuesday.

The Assassin’s Creed Odyssey Spartan Skill is a free download for all Amazon Echo devices. It turns your virtual assistant into Alexios, one of “Odyssey’s” two main characters. Alexios can do many of the things Alexa can do, but he does it with Spartan swagger. The Skill also provides “Odyssey” players with useful in-game information to enhance their gameplay experience. They can ask Alexios about specific points of interest in the game, including landmark descriptions. It sounds like “Assassin’s Creed Origins” educational mode, but with the added bonus of stabbing people in the neck while you learn about Ancient Greece.

Meanwhile, Ubisoft is also producing a limited edition Alexio device. It’s an Amazon Echo Plus made to look like a Spartan helmet. A small number of them will be available for free as an Amazon giveaway promotion.

This is not the first time a publisher has partnered with Amazon to create Alexa-based content. Bethesda debuted “Skyrim: Very Special Edition” during this year’s E3. It’s apparently a choose-your-own-adventure game that works on Echo and Dot devices, along with iOS and Android. Last year, developer Bungie created a “Destiny 2”-themed Skill and Alexa speaker that allowed players to ask game-related questions, change gear, or invite others into a group. The device then responds with the voice of Ghost, your in-game guide.