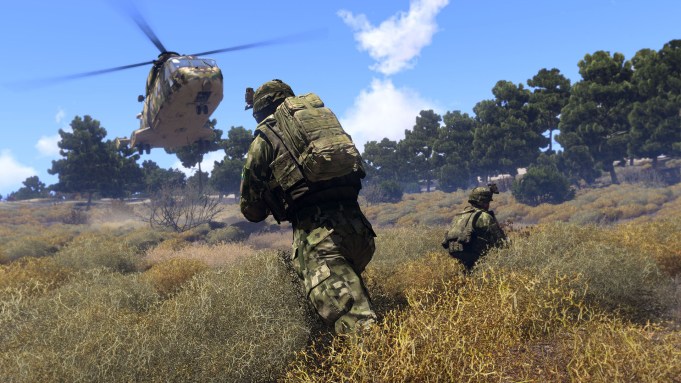 People can buy the base game and many of its DLC packs, including the “Arma 3” Apex expansion, for up to 66% off. Starting today, they can also pick up a limited 5 Years of Arma 3 Collector’s Pack. Each one has a hoodie, an Arma 3-D laser crystal, and a printed map of Altis, one of the game’s island settings. The collector’s packs cost $115. Bohemia Interactive is also offering a special Arma 3 Evolution T-Shirt for $13. Both the pack and the t-shirt are available on the developer’s online store.

Additionally, Bohemia Interactive put out a timeline video highlighting “Arma 3’s” key release milestones from its alpha launch to its most recent update on Aug. 1.

“Arma 3” first launched on PC on Sept. 12, 2013. The tactical open-world shooter is known for its realistic take on armed conflict. Set in the mid-2030s during a fictional military operation, it takes place on photorealistic Aegean-based islands, the largest game areas of the “Arma” series to date. Critics at the time praised its huge game world and sandbox gameplay, but pointed out that it’s not newbie friendly. The game has gained a following over the years — selling over one million copies– along with an active modding community. The game’s Steam Workshop page alone hosts nearly 55,000 player-created scenarios and mods.

Bohemia Interactive caused a stir in 2012 when two of its “Arma” developers were arrested in Greece on espionage charges. Although it was originally reported the two men were scouting locations for “Arma 3,” they later told Polygon that’s not true. They were simply on vacation. They spent 129 days in prison before being released on bail.