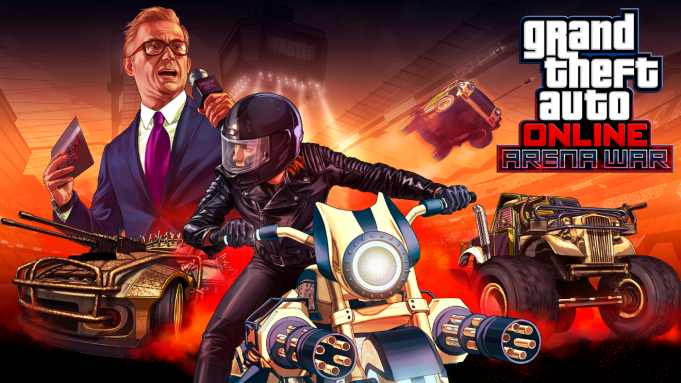 Despite “Grand Theft Auto V” releasing in 2013, the online multiplayer for the game remains as popular and relevant as ever, as Rockstar continues to support the online component through updates. Before the latest Arena War update, there was the nightclubs, or After Hours, update offered this past summer.

The Arena War update is bringing a lot of fresh competition with the help of insanely modified vehicles at the players’ disposal.

“Enter Arena War, where ruthless gladiatorial combat meets the bleeding-edge of vehicular modification technology in one spectacular – and highly combustible – competition,” the official Rockstar Games news post stated. “Sign up and embark on an entirely new career under the stratospheric dome of the Maze Bank Arena, one that involves turning your opponent’s brains into pulp on the steering wheel in the name of entertainment, courtesy of Alan Jerome Productions.”

Along with the update comes Arena Points, which Rockstar says will allow players to “rank up and unlock even more toys to take into the Arena or out onto the streets.”