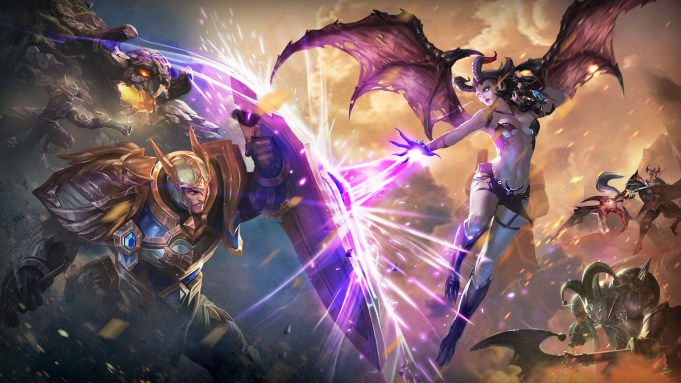 The free-to-play game pits five players versus players in a battle to destroy the opposing side’s defenses and ultimately their base. The game initially launched on mobile where it has since become a growing force in mobile esports.

The Nintendo Switch version of the game includes all of the elements of the mobile version, plus features new global servers where players can take on anyone in the world. Additionally, Tencent confirmed that the Switch version will include ranked mode on the console and an exclusive new motion sensor hook war game mode, which fans can play by swinging their Nintendo Switch Joy-Con.

Tencent said it plans to host a ‘status match’ event after the Nintendo Switch launch that will reward mobile players who have played enough to unlock characters and transfer those rewards to their Nintendo Switch version. Details on this event will be released soon.

The game will not require a subscription to Nintendo’s paid Online Switch service, Tencent told Variety.

Developers Tencent Timi Studio told Variety in June that the game could be used to introduce esports to the Nintendo Switch.