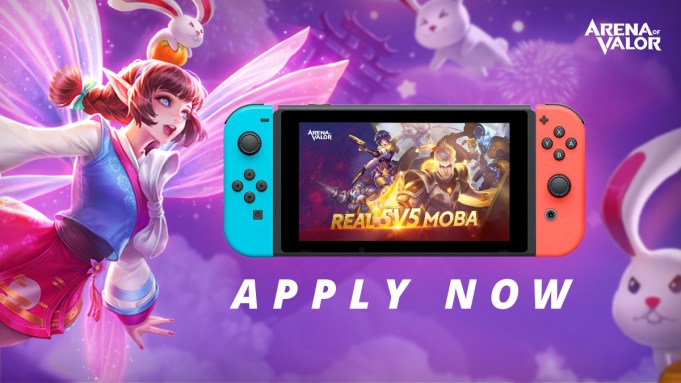 The upcoming Nintendo Switch version of the MOBA “Arena of Valor” will hold a closed beta starting June 28, and you can apply now to join in on the fun.

Tencent Games, the Chinese company currently dominating the games industry recently hosted the “Arena of Valor” mobile game playoffs at E3 2018, and have been making steady improvements to the upcoming Nintendo Switch title before its planned release in the fall. Tencent hosted a closed beta in Europe earlier this year, and have taken the feedback from players to improve graphics and user interface before launching this new beta, which will be for limited audiences in North America and Europe.

Tencent also released a new trailer, showing off the Switch version’s updated graphics as well as what appears to be some esports coverage from the mobile version playoffs.

“Arena of Valor” is based on the hit Chinese title “Honour of Kings,” and has 5v5 real time combat. You can download the mobile version on the App Store and Google Play store now.

Participants chosen will get two full weeks of access, from June 28 to July 12. They will also receive an exclusive in-game skin of Krixi, a mage. To apply for the closed beta, fill out an application here.