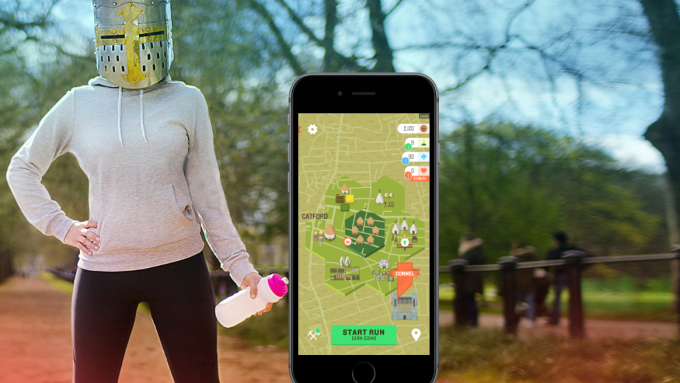 “Run An Empire,” an augmented reality game encouraging users to get fit while conquering a virtual world, launches Tuesday.

The free-to-play game has players claim land through running, walking, or jogging to different IRL areas that correspond to digital “hexes” that players can capture.

The developers behind the game made it out of a passion to get people to explore their cities and so they “Set about making a proper game with strategy, collaboration and immersive gameplay but that takes place outdoors (and gets people healthy at the same time),” according to Run An Empire’s Ben Barker. “Three years later we’re really proud to be releasing ‘Run An Empire’ to the world.”

Similar to the “Pokemon Go” gym gameplay mechanic, players can capture buildings and they can even take on additional challenges.

“‘Run An Empire’ fits into existing exercise routines, whilst giving new runners an incentive to get started,” a press release stated. “Players can capture territory on their walk to work, their weekly jog or as part of their race training. Getting started is easy – players open the app whilst on the move and it tracks in the background like Fitbit or Strava (runners can even link the app with their Strava account). Once home players can build, maintain and customize their empires.”

It would seem the developers are serious about getting people active, as an FAQ on the official website asking if people will be able to cheat by simply driving around and capturing hexes states, “We have several tricks up our sleeve for telling whether or not someone is genuinely walking/ running around, or using some kind of locomotion.”

“Run An Empire” is available for download now on the App Store for iOS devices iPhone 5 and newer, and is also available for Android via the Google Play Store.