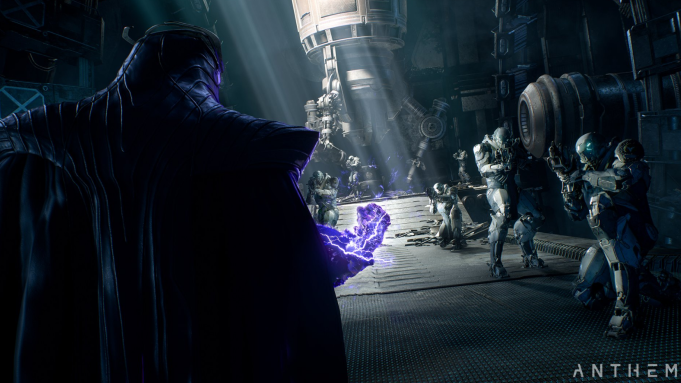 BioWare and Electronic Arts took to “The Game Awards 2018” to debut a new “Anthem” trailer introducing a set of key characters and plot details.

The trailer revealed some of the lore behind the upcoming game, focusing on the Anthem of Creation, a type of energy remaining on the planet after it was abandoned by the gods acting as its caretakers.

Players will take on the role of the Freelancers, Javelin pilots who protect the colonies of the world, including Fort Tarsus, the game’s main setting. The Freelancers have been fighting against the Dominion faction for some time, who rule through force. Their leader, the Monitor, The trailer introduced several new personalities, including Freelancer Haluk, former Cipher Faye, current Cipher Owen, Corvus agent Tassyn, and Sentinel Brin.

An “Anthem” demo is releasing on Feb. 1 and will run through Feb. 3 for all players. Those who pre-ordered the title will get slightly earlier access during a special VIP demo period from Jan. 25 through Jan. 27. For anyone who plays the game during this special VIP period, a special item will be given to to indicate their special status.

“Anthem” is currently targeting a PlayStation 4, Xbox One, and PC release on Feb. 22.

Make sure to check out all of Variety’s Game Awards 2018 coverage from the red carpet and inside the awards themselves.