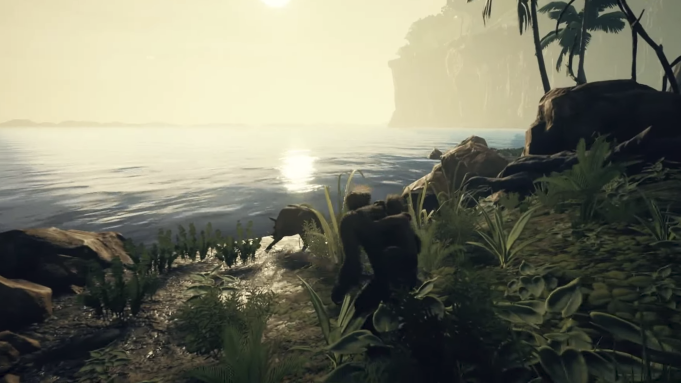 Gameplay footage of “Ancestors: The Humankind Odyssey” was revealed in a new trailer which premiered at The Game Awards on Thursday evening.

The new trailer shows off multiple predators players will face and the rapid, verticality of the movement. Evolution, of course, seems to be a major theme of the game (if not the theme) and the trailer shows apes at certain points of their progression into humans.

Patrice Désilets, creator behind the “Assassin’s Creed” franchise presented the trailer. He then teased that four clips of gameplay will be coming after the end of the event.

Désilets’ studio, Panache DigitalGames, is developing the “open world survival game” set in the prehistoric era, of which few details are known at this time. The setting is Africa, millions of years in the past. Panache DigitalGames has a team of 30 developers working on the game, according to Désilets.

The publisher of “Ancestors: The Humankind Odyssey” is Private Division, a publishing label formed by Take-Two Interactive back in 2017.