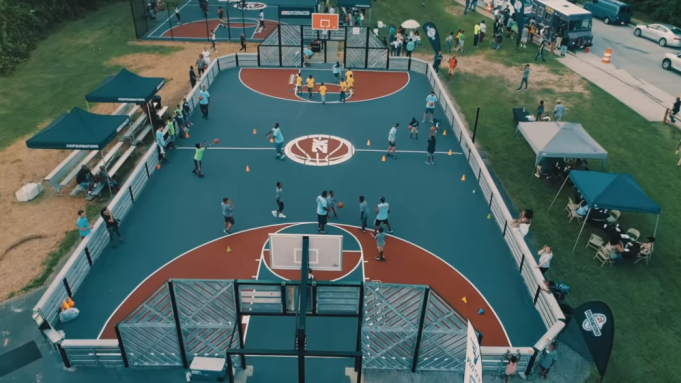 “NBA 2K” publisher 2K is launching a program to support underserved communities across the country by refurbishing basketball courts and promoting science, technology, engineering, and mathematics (STEM) education, the company announced on Tuesday.

Additionally, Microsoft is partnering with 2K and outfitting each location with Xbox One S consoles and other equipment.

“2K Foundations is inspired by the basketball community and passionate ‘NBA 2K’ fans who have been enthusiastic about their love for the game over the last two decades,” Jason Argent, senior VP of basketball operations for “NBA 2K,” said in a press release. “Basketball has been so good to us, and we want to pay it forward to the communities that need it most, by helping to enhance the lives of youth both on the court and in the classroom.”

Some of the installations are already complete. In Baltimore, for example, 2K Foundations teamed up with Volo City Kids Foundation to makeover the courts at the Goodnow Pal Center. It also offered free basketball clinics for seven weeks earlier this year.