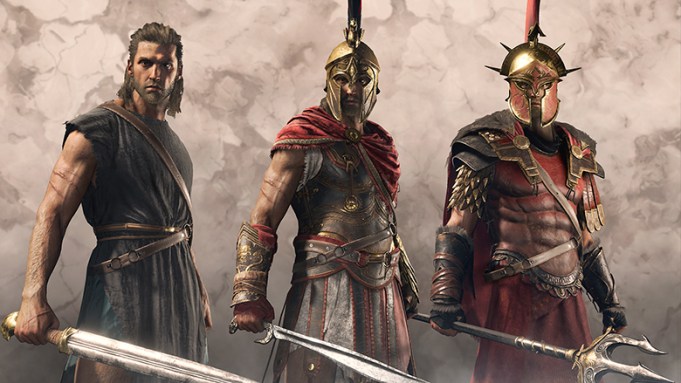 “Assassin’s Creed Odyssey’s” official unveiling occurred in the lead-up to E3, and we heard more about the stunning open-world game set in Ancient Greece during the big show. Now, Variety can offer a chance to check out the main theme music for the game.

The track is called “Legend of the Eagle Bearer,” and was composed by the composer and producer duo of Joe Henson and Alexis Smith, known as The Flight (“Horizon Zero Dawn,” Lana Del Rey).

“This is the hero’s theme; conveying their journey,” The Flight said in a statement to Variety. “Brought up as a proud Spartan, they are then left to find their own path. Using instruments that shared their DNA with those of Ancient Greece, we wanted to compose a dynamic, modern score infused with the essence of the time period.”

Lydia Andrew, the audio director at Ubisoft Quebec, said the team has been great to work with in creating the soundtrack for the upcoming game.

“Their combined talents of composition, performance, mixing, endless curiosity, and energy have made it a real creative collaboration,” Andrew said. “We fell in love with one of the very first pieces they sent us, it immediately captured something about the history of the brand and the new directions we were exploring. Their ability to blend ancient acoustic instruments with modern composition and to really understand the interactive nature of our project, is continually shown in the range, complexity, and quality of the score.”

Earlier this month, Melissa MacCoubrey, narrative director of the game, and Jonathan Dumont, the game’s creative director, talked to Variety about “Assassin’s Creed Odyssey” and how it hopes to live up to its name. But the game won’t have players re-experience the trials and tribulations of Odysseus as told by Homer. Instead, the game gives players a chance to create their own epic tale, their own odyssey during a time much later and more volatile in Greek history than the mythical Trojan War.