After years of studio closures, mass layoffs, and long, unpaid crunchtime, unionization is becoming the clear answer for developers looking for a seat at the table in the video game industry. While conversations about the importance of unions happen often on social media and at events like the Game Developers Conference earlier this year, it’s also important to think about what steps need to be taken in order to change the unfair conditions that developers and designers currently face.

Companies like Telltale have laid off the majority of their staff with little to no notice or severance, as well as Rockstar continuously pushing its employees to work regular 70 hour weeks. Some of the biggest players in game development and publishing have fostered hostile and unforgiving environments where our favorite games are made.

Unionization, or the process of employees forming a group that acts as an intermediary between workers and management, isn’t a new concept in the games industry–it’s just starting to take a sharper form in the face of infamous controversies occurring more often.

“There have been many attempts in the past to organize in the game industry, but much like other industries, those attempts were met with fear and doubt. Which is normal,” said Steve Kaplan, an International Representative at the International Alliance of Theatrical and Stage Employees, who has also consulted with groups looking to unionize in gaming. “There’s nothing more nerve-wracking then turning to your coworker and saying that we deserve rest breaks and a healthcare system. We deserve so much more.”

“Though, efforts have never been this out in the open before,” Kaplan added. “I’m not sure that this level of discussion has taken place since we’ve never had a group like Game Workers Unite.”

Game Workers Unite (GWU), a grassroots organization advocating for workers rights, has been consistent in calling for a unionized gaming industry. While not a labor union themselves (GWU UK is the only chapter that’s become an official trade union), they have local chapters all over the world alongside an international body that helps coordinate regional efforts and community discussions.

Emma Kinema, an organizer with GWU International and the coordinator of the Orange County chapter, says that organizing efforts are currently education-focused. “We’ve been putting in a lot of focus in building out local organizations and training organizers,” Kinema said. “The main issue is that the industry is so spread out in terms of geography and disciplines, which makes organizing happen mainly from the bottom-up.”

The labor attorneys, union representatives, and game developers that Variety spoke with all agreed that education is the first step. “Everyone should learn what a union is and what a union can do. They need to have that conversation with their peers,” Kaplan said. “It’s important to understand that organizing is a federal, legal right.”

Education can get complicated quickly though as horror stories of companies laying off entire teams when whispers of unionizing come up are a dime a dozen (including stories like this or this). The key, as Roxanne Castillo, the Director of the Electronic Media Division at the American Federation of Musicians, Local 47 chapter says, is ignoring the noise and building a simple foundation first.

“It’s important to start a framework and then build from there. If you have a steady foundation everything that flows from it will work,” Castillo said. “Without a grassworks foundation it becomes harder to organize. And even with that, people need to understand that it’s a lot of work and it can be scary.”

That foundation begins with meetings, discussions of workplace issues, and a list of demands that the majority of workers can agree on. That may seem simple, but organizers need to corral the majority of a studio’s workforce in order to move forward and do so while under threat of job loss and other retaliatory actions by the employer. Fortunately, according to the National Labor Relations Board (NLRB), there is no strict structure or format you have to match while organizing.

“Under the well-established law of the board, there are no special requirements to forming a union organization. You don’t need to have a formal structure,” said Gary P. Rothman, a labor attorney of over 30 years. “That being said, most groups in a fledgling state do adopt some kind of constitution, they have some kind of an organizing meeting, and usually have a stated purpose.”

One of the biggest hurdles to overcome when starting to organize is finding common ground between all employees. This usually includes healthcare, pay rate, scheduling, and other issues that transcend specific job types and responsibilities. The experts Variety spoke with emphasized the importance of not getting caught up in the diversity of positions that studios will employ.

“The people who are joining together need to come together and identify the glue that’ll hold them together. They need to find their common interest,” said Ryan Morrison, an attorney who specializes in game development. “Finding a common ground is essential whether they are developers, coders, programmers, or artists.”

A key step once organizing starts to take shape in a studio, either organically or strategically, is to collect authorization cards. Those cards are a form signed by employees that designate a union as their bargaining agent.

“The law states for the union to be able to approach the employer in order to be recognized as the bargaining agent there needs to be sufficient showing of support,” Kaplan said. “The law’s definition of sufficient support is thirty percent, although that’s not a winning situation. No unions are going to move without sixty to seventy percent majority.”

Once organizers within a studio have these cards in hand, they can approach the employer to recognize them as a bargaining agent for their employees. The percentage of cards they get will determine whether or not they’ll need to go to the NLRB for an election or if they can be recognized without an election.

Throughout this entire process, the threat of retaliatory action by the employer is very real. Stories where employers fire their entire workforce after unionization efforts slip into the public eye are familiar sights to professionals working in labor law.  “It should be expected and planned for,” Rothman said. “You can plan for it by getting to know the National Labor Relations Board and understanding the protections you have.” 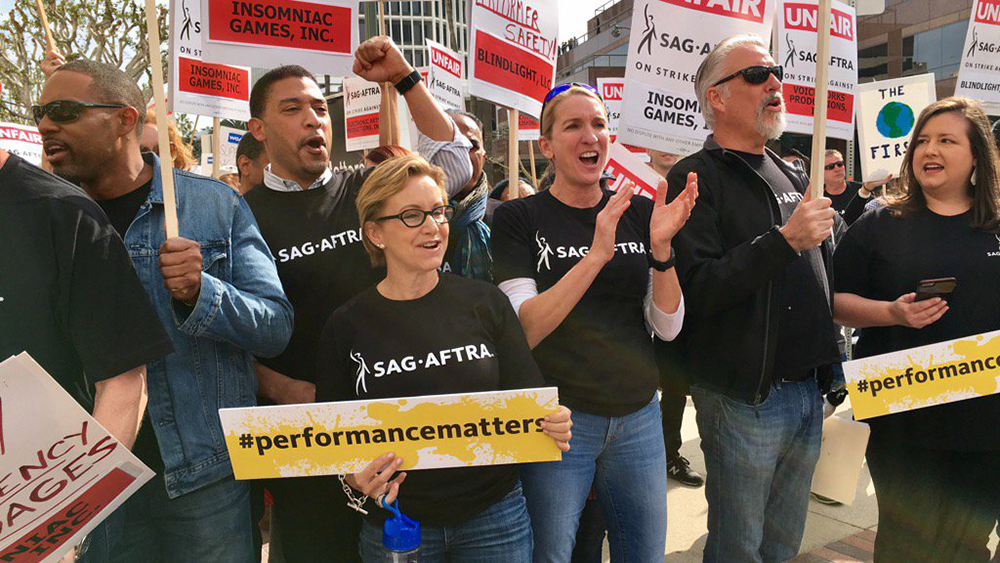 “One question that frequently arises is whether or not to identify yourself to the employer as a union organizer or stay in stealth,” Rothman added. ‘Identifying yourself as an organizer enhances your protections under the act but it puts a target on your back at the same time.”

Rothman added that the best defense is to record your organizing efforts thoroughly and make sure your job performance doesn’t suffer because of your efforts. Both options, either declaring yourself as an organizer or remaining hidden, are viable and worth considering.

Before a lot of this action can happen, organizers will have to deal with a growing negative perception of unions, primarily in the United States.  It’s not uncommon to hear quick dismissals or references to the problems that unions create rather than solve.

“Even if you’re in a large bureaucratic union it’s better than no union at all,” Kinema said. “We recognize that movement towards conservatism but we’re seeing a revitalization in the US, everything from the wildcat strikes from the teachers’ unions and all the organizing in the tech industries.”

According to the experts that spoke to Variety, the first step is realizing that developers aren’t alone in this fight. The core idea behind unionization is people working together for better working conditions, but that doesn’t happen overnight.

“At the end of the day all labor organizing is at a local level. Things happen studio by studio, people have this idea that union organizing is a top-down solution where you form a union and flip and switch and problems are solved,” Kinema said. “It’s really about building that one on one relationship between coworkers and empowering direct action.”