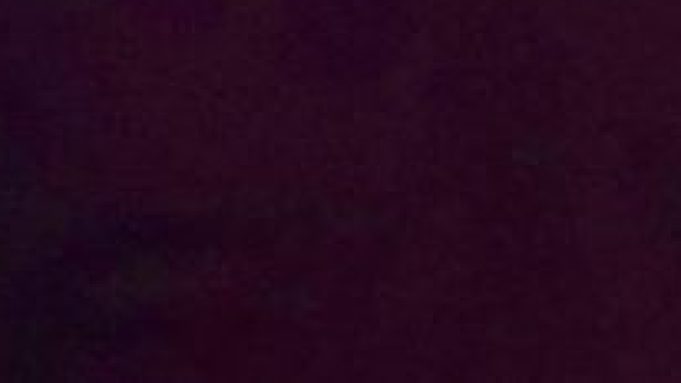 If Steve Demeter could do it all over again he’d wish for less success, more failures. More time to come into his own before becoming the momentary face of a growing, now powerful economy.

Nearly everything that his fame earned him, at least the money and international attention, slowly dried up as he spent it all chasing that first unheralded success, running from his own shadow.

Now, 10 years later, comfortable in his efforts and losses, Demeter is ready to release his second game.

“Trism”
On July 10, 2010, Apple rolled out the iTunes 7.7 update, adding the App Store to its iPhone along with access to 500 apps. Among the slew of games — a mix of odd little original titles, ports of big names, and some … well, junk — was a fun little puzzle game that involved sliding colorful triangles across the screen of the iPhone. Perhaps more importantly, “Trism” also made use of the iPhone’s accelerometer in a fun and interesting way.

The game quickly garnered attention thanks to a mix of solid design, use of the accelerometer, and a dearth of original content. Soon the game’s designer, Demeter, was showing up on CNN, in Wired, and at awards events. Apple made a short documentary about him.

Most captivating at the time, though, was the fact that the game created by Demeter during his spare time managed to earn him $250,000 in the first two months. He was one of, if not the first, massive success stories for iPhone game development and quickly became the poster child for the hardware’s potential, arguably kicking off a gold rush of developers heading to the device.

In 2007, Demeter was working in software development at Wells Fargo. Speaking to Variety recently, he said that “Trism” was actually developed for the iPhone before the device supported third-party software.

“The first year the iPhone came out, Apple said, ‘You don’t need access to the phone, just do web apps,’ and people were like ‘Uuuuuh … .OK,’” he said.

At the time, Demeter was spending a lot of his free time working as an unofficial translator for Japanese games through his not-yet-a-studio Demiforce. He was very in tune with the grey areas between official gaming content and fan-made content, he said. So he started digging around inside the software guts of the iPhone — the firmware — and realized that he could figure out a way to sideload content on the phone unofficially.

In the fall of 2007, he made his first, simplistic version of “Trism” and got it to run on the iPhone.

“I went to GDC and nobody wanted it,” he said. “I was asking people, ‘Do you want to publish this game?’ and they were saying, ‘You have an iPhone game? Nobody wants to play a game on an iPhone.’”

Next he decided to create a video of the game playing on an iPhone to show it off. In the first couple of days, it received a quarter of a million views.

In March, thanks to friends and some of that early exposure, Demeter managed to get access to Xcode, the official software used for creating iPhone apps. He worked from March until July to bring “Trism” over to the official code, so it would be ready for when the App Store went live.

Demeter said he wasn’t sure what to expect once the App Store went live, launching “Trism” with it.

Because the App Store didn’t provide developers with analytics early on, he said he didn’t know just how big his game was going to be until he received his first check.

Within months, Demeter’s hobby had overshadowed his Wells Fargo job.

“I was walking down the hallway at Wells Fargo one day and a friend stopped me and said, ‘I saw you on CNN yesterday, why are you still here?’”

Demeter said he couldn’t come up with an answer so he quit.

“It was hard to quit. I had family there. I cried on my last day. I was giving up this sense of security of being an employee,” he said. “Everyone told me to be an entrepreneur. I knew I wasn’t ready, but everyone was asking to and throwing offers at me. I had this new nest egg, so I thought, ‘Why not?’”

10 Years of Iteration
Demeter attended the Game Developers Conference in 2013 to quietly discuss his return to iPhone game development after a half-decade disappearance. In my interview with him back then, he talked about just how disorienting the media coverage was and how the money he made set off a sort of identity crisis that left him reeling. While he declined to discuss how much money “Trism” made, he did say that he sold 3 million copies of the game that initially sold for $5 a pop.

In 2010, after spending a few years trying to figure out what he wanted to do with his life, he said he realized it was game development. So he turned Demiforce into a company and began work in earnest on “Trism 2.”

“I had a platform to evangelize,” he said. “I needed to make games.”

Lost in the shadow of his initial success and worrying about a sophomore slump, the development of “Trism 2” became a nightmare cycle of starting and restarting, creating and destroying.

Demeter’s constant second-guessing taught him a valuable lesson about budgets, he said. That you need to have one and stick to it.

“It took a long time for me to learn about budget,” he said. “Every bit of money I made from ‘Trism’ I put into ‘Trism 2’ and when I ran out of money, I had to get a job.”

But, he added, he couldn’t have done it any other way.

“Just because you have a sack full of money doesn’t mean you can create a reasonably estimated project,” he said.

First Demeter worked at Storm8, a studio created by former Zynga designer Garrett Remes — behind “Bubble Mania” and “Restaurant Story.” Two years later, he moved over to work as director of engineering at FoxNext Games.

“I told them that I’d love to put this thing out for the 10th anniversary,” he said. “I’d love it if they could let this happen without it infringing on what I do for them.”

“Not only did they give me their blessing, they saw it as an opportunity to work together,” he recalled. “My jaw hit the floor.”

The people at Fox put Demeter in touch with press, helping with some features.

“Trism 2”
“I wanted to make a ‘Trism’ that was ‘Zelda’ meets ‘Bejeweled,’” Demeter said. “But how do you make that? How do you satisfy both ideas?”

“Trism 2” launches on its 10-year anniversary and will deliver a different sort of “Trism” experience. Players take on the role of a anthropomorphic triangle out to save his world, which has been thrown into disarray by some cheeky Hexels.

The game plays out over a map that has a path between puzzles and is also fully explorable. Players can decide to take the simple path to try and rocket through the game, or they can meander and be rewarded for taking the time to stop and chat with characters, collect items and generally smell the roses.

“I always wanted to make it so casual players could have a straight-forward play with the path,” he said. “But I think there is a lot to do off the path as well.”

The puzzles themselves are reminiscent of what made the original “Trism” so much fun to play, but with the addition of new enemies, skills, and twists. One twist not in the game: accelerometer support. Demeter said he didn’t think it was necessary this time around. Players can still rotate the entire playfield, but they do so with swipes.

The game seems mammoth in my time with it. I easily spent hours swiping my way through the early sections of the game, racking up 81 completed levels and had seemingly just scratched the surface of the game. There are customizable characters that change the play, areas to explore, and items to gather.

“Trism 2” will launch with two complete islands with four more coming post-release as downloadable content. Bucking a terrible trend in mobile games, “Trism 2’s” four extra islands will be completely free. The game won’t feature any paid DLC, microtransactions, or in-app purchases and the current plan is to just sell it for $2.99.

“This game was never about money,” Demeter said. “This game is about the fans. I really wanted to make this a love letter to them. I couldn’t make it free-to-play. I just couldn’t. I thought about that early on, but I just couldn’t do that.”

Post release, Demeter’s focus will be on completing that post-release content and then he’ll be done with the game.

But that doesn’t mean he’ll be walking away from game development.

“I have an idea for a game based on dreams,” he said. “I’m just in the early stages with that. It’s more for consoles and Steam, that kind of game.”

Demeter said he constantly has game ideas. He recently sat down to count them up, each detailed in his journal. “I had 493 ideas for games during my development of ‘Trism 2,’ but I knew I couldn’t work on those until this was out.”

Launch
It’s been 10 years since Demter became the face of the App Store. Ten years of traveling, lessons learned, money lost. But the developer said he wouldn’t do a thing differently.

He said that the experiences helped him realize who he is both as a person and as a developer.

And all that money spent on one game, that doesn’t upset him either, he said.

“You can’t be really,” he said. “That money, that time, made me who I am today. I knew I didn’t want to have a cash cow sequel that was uninspired. This game represents the passion I put into ‘Trism’ and there’s nothing out there like this.”

“Did it work out for me financially? No, but I’m fine,” he said. “I have a beautiful home, I’m loved and I found myself. That’s life and it’s worth it.”