‘Mulaka’: Struggle of Exploring Tarahumara Lore in a Video Game 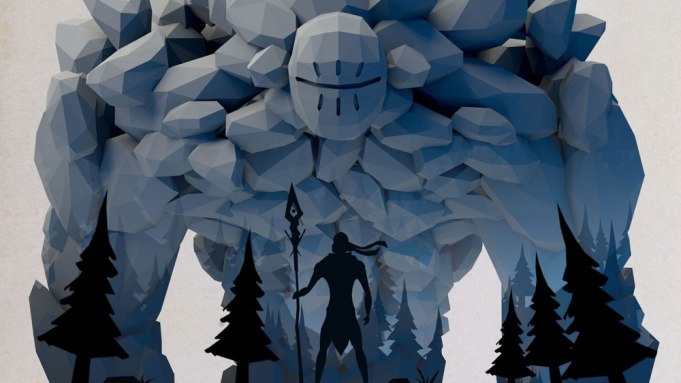 Edgar Serrano didn’t expect to be at the forefront of his country’s gaming industry at 29 years old. He’s the co-founder and director of Lienzo, the first Mexican studio to put out its game on all three major consoles. The game in question — the gorgeous action-adventure title “Mulaka” — recently made its Nintendo Switch debut, and at last week’s “Building Bridges and Breaking Barriers” panel at PAX East, Serrano opened up about just how difficult that journey has been.

“We fantasized about getting into the industry one way or another,” he told Variety after the event, but his home state of Chihuahua is “literally in the middle of nowhere, industry-wise.” Determined to make their own opportunities, he and lead programmer Adolfo Rico founded Lienzo in 2012, getting their start through advergaming contracts and by developing games for museums.

It wasn’t until 2014 that they set their sights on the story that would become “Mulaka.” The game draws deeply from the history and heritage of the Tarahumara, an indigenous people Serrano had grown up alongside in northern Mexico, but whose culture he knew little about. As he learned more, he became entranced by their lore and resolved to preserve it — but after a catastrophic Kickstarter campaign the following year, the Lienzo team found themselves woefully short of the $77,000 they’d hoped to raise. Even then, Serrano refused offers from incubators abroad that would have taken him to Los Angeles, Austin, or San Francisco. “I didn’t want to leave,” he said, “because everybody leaves Chihuahua.” He was intent on remaining true to the game’s roots and his own.

That choice was made all the more challenging by the stigma that still exists around video games in Mexico. The country’s conservatism, and particularly its Catholicism, mean that there has long been religious resistance even to the likes of Pokémon and Mario. “The decision-makers that I had to convince to invest were still in that frame of thought — that video games aren’t a good thing, that they’re just to get lost and waste time,” he said. “I would say that with maybe eight out of 10 people I talked to for investing, I had to convince them that video games are, first of all, a serious business that you can make money off of, and second of all, not the devil.”

Amidst the endless knocking on doors, one encounter stuck with him. Serrano arranged a meeting with a member of the state’s cultural department. He was nervous, he said, “Because if anyone was gonna get it, it was gonna be him — he was this artist, he’d been out in the world.”

Instead, the man laughed in his face. “He was like, ‘This is never gonna happen. Come on, stop dreaming,’” Serrano said. Lienzo had asked for a relatively small sum, which amounted to “maybe a sixth” of what the game ultimately cost to develop. But as the bureaucrat informed him, that money would be enough to take 20 musicians on a tour around Chihuahua — which seemed to him to be a far better investment than a video game, and a more practical way of promoting the culture.

The blunt dismissal came as a huge blow. Serrano spent weeks unsure of what to do, paralyzed by the fear that the man was right. It was Mario Valle, then at Electronic Arts, who managed to change his mind. Valle told him he needed to evaluate advice based on who it was coming from and how well they understood what he was trying to do — if the man who dismissed his game out of hand knew nothing about the medium, Serrano shouldn’t take it to heart.

But skepticism also came from within the industry. For many, Rami Ismail’s powerful speech at the Game Developers Conference served as a necessary wake-up call, transforming GDC’s self-congratulatory display of gaming’s global reach into painful proof of its U.S.-centric approach. That long-standing focus on just a few corners of the industry has had another hidden cost: Creators elsewhere come away convinced that these are the only types of games that will succeed, and are left grappling with an unspoken pressure to “Americanize” their ideas and execution.

In Mexico, there are just a handful of developers who are working on their own IP, and until Lienzo, they all strove to emulate European or American styles in a bid for international acceptance. “If something is Mexican-made, you automatically think it’s low-quality,” Serrano explained during the PAX panel discussion. “So, all the creators in Mexico, based on that belief, they journey away from our roots and our surroundings. And that’s why you don’t see games from Mexico that look Mexican.”

“Mulaka” is a far cry from the average Ubisoft title, and that unapologetic departure offers a glimpse of the rich, unknown worlds we might gain access to if other developers heed his advice. The narration is in Raramuri — the language of the Tarahumara — much of the soundtrack uses indigenous instruments, and even the colorful low-poly style is based on their vibrant dress and geometric art. “There’s definitely a lot of developers that have told us, ‘Holy crap, you made it with something like this!’ — they were already convinced that a really Mexican product wouldn’t fly in an American market,” Serrano said. He hopes that Lienzo’s success will encourage others outside of the U.S. to embrace and embody their countries’ cultural histories, too.

Crucially, all of this was done with the utmost care and respect for their subject. The team secured the blessing of Tarahumara elders and worked closely with experts on the culture, making several trips back to the Sierra to share their progress with the people who had inspired the game. Tarahumara lore has been passed down strictly as an oral history, so there are no universally recognized images of the gods and monsters at play in Mulaka. But once the Lienzo team explained their interpretations of the various legends (and, in some cases, how to use a Switch), “They really took to it — the ones who were excited were really excited for it, because in their eyes, they are being relegated or being forgotten. … They are getting discriminated against daily. In their eyes, they could never be the hero that we’re portraying them as,” Serrano said. “So that was a really cool thing to see. Now — or forever, really — they can be the heroes of the story and not just in the background.”

It’s a huge achievement, both technically and culturally, for a tiny team up against significant odds. Lienzo Studio was composed of just eight people at the outset — none of whom had formally studied game design, because it simply isn’t an option in Mexico. As he gets to grips with all that they’ve accomplished, Serrano is mindful of what he owes to the Tarahumara people, and he’s committed to repaying them for sharing their stories. “Yeah, we’re talking about them, and we did everything correctly, but we’re still grabbing a lot from them,” he said. The last thing he wants is to exploit that generosity. A portion of the game’s proceeds will go to the preservation of the Sierra Tarahumara; he plans on approaching NGOs, Mexican companies, and perhaps even the game’s publishers to see if they’ll consider matching the amount.

Ultimately, he hopes “Mulaka” will set an example on this front as well. “We want people to keep doing this, and to be able to do that, you have to create this trust amongst indigenous cultures, and people in general, and the new technologies,” Serrano said. For him, a success story is key. “In my mind, if any other studio wants to do this — because I really hope we’re not the only ones doing it — they can maybe go, ‘Oh, the ‘Mulaka’ guys did something about it and ended up helping the indigenous tribe, so why not?’”

“Games are this really powerful tool,” he said — one that he believes can and should have a tangible, real-world impact. “It doesn’t just end on the screen.”