An interview with a "Gone Home" creator on 5th Anniversary. 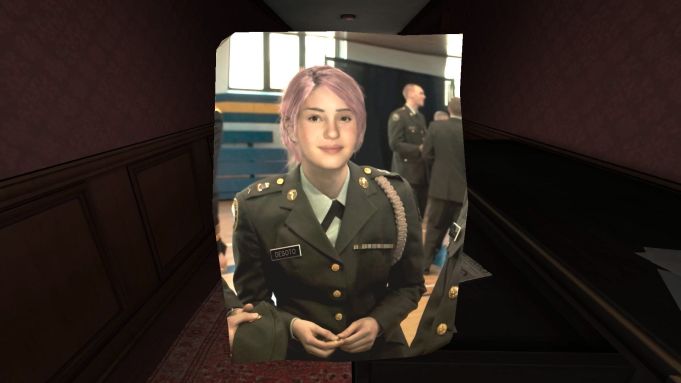 But “Gone Home” lives on, not just in the many platforms on which it was published, nor in the memories of its players, but also soon in the release of the award-winning game on Nintendo Switch.

“Gone Home,” which some might call the progenitor of the “walking simulator,” releases on Nintendo’s portable hybrid on Aug. 23 for $14.99 and iam8bit is working on both a physical edition of the game for Switch and also a vinyl of the game’s soundtrack. Blitworks and Annapurna worked with Fullbright on bringing the game to Switch.

“We are really excited to bring ‘Gone Home to as much audience as we can,” Steve Gaynor, co-founder of developer the Fullbright Company told Variety. “Switch has been such a huge phenomenon as well as having such a diverse player-base, that we thought it would be exciting to put it on the platform and line that up with the five year anniversary.”

The following interview contains some spoilers for “Gone Home.”

From the day it was available it has spurred strong emotional reaction from everyone who played it. Some loved the experience of taking on Greenbriar as she explores her family home. The experience being played from a first-person perspective helped immerse players in the moment and brought with it a sense of unfulfilled tension. Throughout the experience, of discovering her parents and sister missing, of piecing together odd facts and story found in photos, notes, and rooms, played neatly against the gamer’s expectation of some coming need for action or powerful unveiling. Together it created in some a creeping, building sense of dread.

The game went on to win numerous awards including a BAFTA Award and Game Developers Choice Award.

It also sparked a surprising debate over just what a video game was. Because “Gone Home” is largely a game of exploration, some argued that perhaps it wasn’t really a game.

In 2014, Gaynor said that it is a game because it is a story told within an interactive environment which allows the players to decide how to tackle the unwinding of the game’s fiction and its interpretation.

“There is a deep trust in the player to explore of their own volition and not to be told what to do,” he said at the time, “to understand how the whole game works.” Speaking with Variety last week, Gaynor said that he thinks that conversation about what makes a game a game has shifted a bit over the past five years.

“There is always some kind of gatekeeping in any element of fandom,” he said. “When ‘Gone Home’ came out people looked at it and said, ‘What is this? This isn’t even a thing? This isn’t a way of relating to games that I’m used to.’”

While those gatekeepers may still exist, in many ways “Gone Home” helped to kick off the popularity of a less-traditional form of video game.

“Obviously tons of people still are not into what we make,” Gaynor said. “But you can see ‘Gone Home’ has spoken to games like ‘Firewatch’ or even when you look at the non-combat exploration in ‘Uncharted 4’. There’s an element of being in a place and finding out stuff.”

Today, Gaynor said, players have a lot more choice in the sorts of games they can find which may speak to them more personally.

“It’s really cool to be part of a discussion that is evolving like this,” he said. “You can’t separate the fact that we were really lucky to hit the zeitgeist of the moment with ‘Gone Home.’”

Gaynor also pointed out that he and his team were inspired by some of the game that came before it, games like “Dear Esther,” “Amnesia: The Dark Descent,” and even “BioShock.”

Looking back now at the reaction to the game, much of which was centered around players’ sense of dread as they played, Gaynor said he is a bit surprised how powerful it was.

“The thing that is strange to me about ‘Gone Home’ is that I knew we were making a game in a creepy old house on a dark and stormy night, but when you are making a game you see all of the pieces at once. You put things in the beginning, the middle, the end at different times, and you can never ever see the game in the order that a player sees it when it comes out.

“I knew we were playing with the fact that players might think a murder or something had happened. There were a lot of fake-outs, the idea that we were making a horror game and then flipping the script and making it a love story. But the reaction to that was much stronger. I didn’t realize how much we sent them down that path.”

That knowledge didn’t come until right before the reviews hit, he said.

“I think that all of us at the studio thought we made a game that we thought was good,” he said. “I knew if I played this game I would like it. Then we got good feedback from friends and developers. We started feeling this subconscious buzz from people we had sent review codes to who were excited about the game. Then on launch day, the first review posted and it was a 10 out of 10, and it kept going from there. That was completely unexpected.”

That game, which Gaynor still refers to a modest design, didn’t just lead to awards, it also led to hundreds of personal letters and emails sent to the team about how important the game was to them and what it meant to them.

In 2017, Fullbright released another sort of narratively-driven exploration game called “Tacoma.” While the reaction wasn’t as powerful, it was still generally well-received.

The company, which was just four people for “Gone Home,” and eight for “Tacoma,” is now about a dozen working on the next game.

Gaynor declined to say much about the team’s next game, which they are working with Annapurna to publish.

“We’re a month in,” he said. “It will definitely draw on our interest in narrative and inhabiting a space, and draw on that. I won’t be surprised if it feels more different than ‘Tacoma’ felt from ‘Gone Home.’”