Even Fleeting Time With ‘Dreams’ Is Memorable 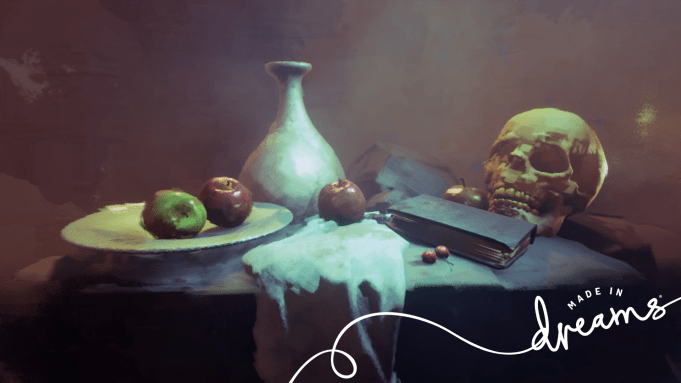 It was a day of games adrift in a week of games, and unfortunately, that meant that Variety’s time spent exploring the PlayStation 4’s game-maker “Dreams” was cut short last week.

PlayStation was among a slew of game developers and publishers that traveled to Santa Monica, Calif., to meet with a gathering of press and show off their games prior to next month’s E3. In the hours set aside for PlayStation 4 titles, there were more than a half-dozen games to experience, their developers to chat to, and the demo alone for “Dreams” ran more than 40 minutes. It walked attending press, one at a time, through the creation of music, gameplay, the mashing together of pre-created elements, and the making of your own.

“Dreams,” due out this year on the PlayStation 4,  is developer Media Molecule’s latest attempt at taking the complex, multi-layered process of creating video games and turning it into something as approachable as sketching. But even in its relative simplicity, it is complex.

With just a dozen or so minutes to spare, a Media Molecule spokesperson walked Variety through an abbreviated version of its demo, explaining the process of making games out of existing pre-created art, while slapping together a level in almost no time.

Where 2008’s beloved “LittleBigPlanet” muddied the content-creation waters slightly with a light backstory and central character, “Dreams” seems to do away with that notion entirely and instead focuses on granting even more control over creation.

Within minutes we were slapping together a level by dropping down a slab of pre-created land, and then cloning it, morphing it, resizing and rotating it until we had a small area upon which to run a pre-created character around. Next, we grabbed a single tree and cloned it, stamping new trees on the island, some much bigger, some much smaller. Then a second, smaller, finger of land was added, far from the first. Finally, grabbing a piece of art, we animated it as a sort of ferry between the two pieces of land simply by starting a record button, moving it along the path we wanted it to take and then stopping the recording. The result? Instant animation and a level created in under ten minutes.

While players will be able to use plenty of tools to create precise animation paths in their own levels, users can also simply move around the thing they want animated with a thumbstick to create movement that feels a bit more organic, and much harder to play. The level’s moving platform slowly moved across the screen before suddenly plummeting straight down and then jetting straight up and resuming its course. The result, with the physics automatically applied, was a cross that could easily toss players from the platform or shoot you off into the sky if they weren’t careful.

We didn’t get the 40 minutes most did with “Dreams,” and perhaps thanks to our fleeting time we were able to see just how powerful and effortless level creation can be in this dream machine, even if you only have ten minutes to play.