‘Dragon Ball FighterZ’ on Nintendo Switch Sells Itself at E3 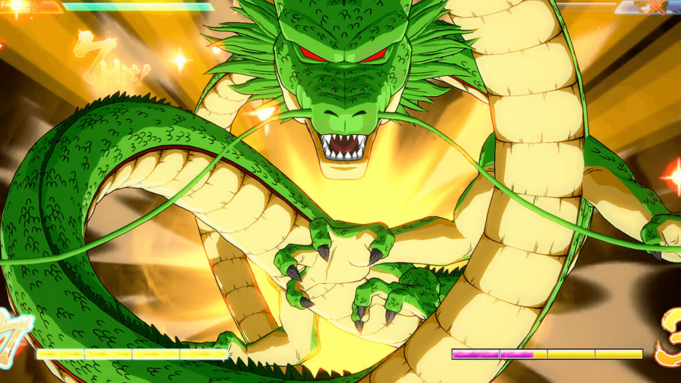 I knew it was over before he even picked up the controller. It was something in the way this random fighting game enthusiast sauntered over to the “Dragon Ball FighterZ” exhibit at the Bandai Namco booth, exuding confidence. Six short rounds later – after he systematically demolished me twice on every conceivable level with several different characters – he was kind, even affable, offering me tips on my technique. “This game really is great for newbies,” he said. “And now that it’s coming to Switch, I think it’s going to make a serious impression.”

E3 is typically considered the domain of unreleased games, where publishers lavish their dedicated fans with a cornucopia of fresh announcements, with the ultimate objective of generating as much “hype” for their upcoming slate of games as possible. Considering this, it might seem a bit strange for Bandai Namco to so prominently feature the nearly six-month-old “FighterZ” in their booth, even with the Switch version set to launch this September, with only the portability of the console to distinguish it from the other console entries. But, from a certain perspective, it just makes sense; after all, in today’s crowded gaming scene, where a game’s lifespan from vary from dead in the water at launch to functional immortality – a la “Counter-Strike” – the actual coverage cycle surrounding a game’s release matters less than ever. Thus, “FighterZ” presence felt less like a paean to the Switch and more like a reminder that it continues to thrive on the competitive scene, where it promises to be one of the most popular games at Evo 2018.

That’s not to say that “FighterZ” on Switch is anything less than an incredibly enticing package – far from it. In fact, out of the massive cavalcade of unreleased games that stampeded down my brainstem during the frantic days of E3, I’d say that it’s the only game that I considered immediately plonking down my hard-earned money on. While you can certainly chalk this up to the fact that it actually exists on store shelves – a significant advantage over, say, “2019 Games A-Z,” which might not even see the light of day – the simple ability to play a fighting game on the go is a very nice feature, especially for those who haven’t poured hours and hours into the genre in a while, or perhaps ever.

After I got destroyed by that nameless fan, a funny thing happened – nobody was waiting in line, and I didn’t have any more appointments to catch, so I just kept playing “Dragon Ball FighterZ,” trying different characters, learning their moves, grappling against the CPU until I could smack it around with impunity with a few different characters. Nobody came up to tell me about the game, but, then again, I didn’t really need them to. Like the best games, “FighterZ” didn’t need an introduction – it sold itself. And, when the Switch version rolls around in September, I can’t help but wonder if it might sell itself to me all over again.