‘Dead by Daylight’ and the Art of the Video Game Scare 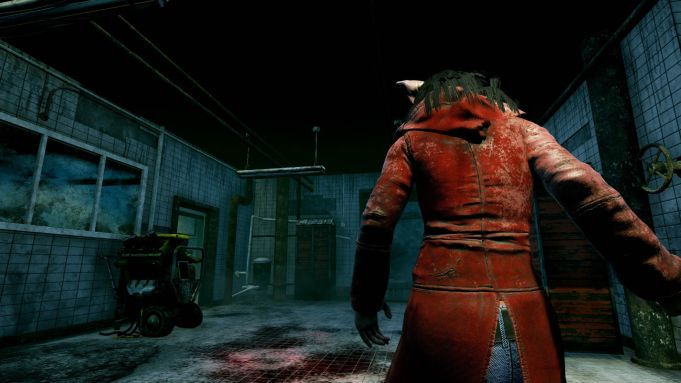 Dark, frightening, competitive, theatrical: “Dead by Daylight” is the sort of game that now seems infinitely mutable. While it launched as an asymmetric survival title that pitted a group of mostly helpless would-be survivors against a hulking slasher, it evolved over the past two years to become something more akin to “Cabin in the Woods” than “Friday the 13th Part Whatever.”

Like most good thrillers, “Dead by Daylight’s” continued life came as a sort of twist evoked by the developer’s decision to expand the game and the way it plays by dropping in a murderer’s row of classic horror flick villains, and eventually infamous killers from the best and biggest horror movies. With each new killer came a new challenge for the survivors, new frightening backdrops, new ways to be found, to be thrilled, to be killed.

By the time the game introduced Freddy Krueger, and the ability to only confront the killer — and be eviscerated by him — when you fall asleep in the game, it was obvious that “Dead by Daylight” had grown well beyond its roots. A story of sorts also slowly drips from the franchise, something that pieces together why so many infamous homicidal lunatics are hunting a handful of archetypal survivors, and what happens to those that do escape, or when the struggling victims are caught and slung on a massive hook as a writhing sacrifice.

Earlier this year, developer Behaviour Interactive made two huge announcements: They told their growing fan base that they bought back their game and now were self-publishing it and that moving forward everything in the game can be earned through play, not just pay. The one potential exception is some of the game’s licensed characters. Now the studio hopes to make all of their money from cosmetic purchases, which can be earned or bought with cash. It’s the same sort of approach that empowered the hundreds-of-millions-earner “Fortnite.”

The move rid the developers of concerns about a constantly fracturing player base made up of the haves (those who bought content) and the have-nots (those who didn’t spend the cash.). It also cleared the runway for what the developers hope will be an even longer-lived game.

“We also presented a very detailed timeline for the next year,” producer Mathieu Côté said. “We have four chapters coming over the year. Every three months there will be a new chapter and then every mid-point between those chapters we will have a big patch and polish for the game.”

Up until recently, a chapter meant the delivery of a new killer, a new sort of survivor, and a new map. The killers bring with them specific abilities tied to their backstory. Each new survivor gets abilities too and the maps providing eery hunting grounds upon where the endless games of cat and mouse can be played. With the news of the monetization shift, though, the team is also now adding a lot of cosmetics themed around the chapter. The team tends to work on a rhythm of creating two or three chapters built around movie villains and original killers

“We had Leatherface, Freddie, and ‘Saw,’” Côté said. “Now it’s time to go back to an original chapter.”

To celebrate its two-year anniversary, Behaviour Interactive last week launched its latest chapter in the public test build as well as the new store.

In Curtain Call, players will be introduced to The Clown and survivor Kate Denson. The in-game store allows players to purchase cosmetic items as well as some game characters. The new store brought with it an overhaul of the game’s economy as well. Iridescent Shards will be gained with playtime through a new player level system while Auric Cells is available for purchase.

“We can’t believe it’s already been two years,” Côté said in a statement. “What’s even more incredible is that this was just the beginning. We are committed to making ‘Dead by Daylight’ bigger and more fun (or terrifying) in the long run. In March, we introduced our new roadmap. We will continue developing new chapters, features, and perks for as long as players demand it and will now introduce mid-chapter patches to ensure balancing and proper bug fixing.”

The changes continue to stoke the flames of a powerfully popular game. Côté said the company has sold more than 3.5 million copies and that it typically has 15,000 to 20,000 people playing at any given time. And the developers don’t seem to be running short on ideas for new ways to be killed and scared in the game.

“We try to break the game every time we release a new killer or perks,” he said. “The Huntress has a ranged weapon which changed everything. Freddy Krueger is completely invisible. You can’t see him until you fall asleep. Michael Myers, he doesn’t attack you at first, he just watches you.”

The game’s original killers also give the developer a chance to explore a wide world of international superstitions and fears, he said. The Huntress, for instance, was based on research the company did on Polish and Russian legends. The team found an old Russian lullaby about the Huntress coming for children and then built a character around her.

“Sometimes she hums that lullaby and it freaks some of our players out,” Côté said. “It’s nice to see what lives under other people’s beds.”

While the team loves to create original killers for the game, they also have a long list of cinematic horrors they’d love to introduce into “Dead by Daylight,” like the Cenobites from “Hellraiser” and Chucky from “Child’s Play.”

“‘Cabin in the Woods’ was a big inspiration for us,” he said. “It’s close to what we created here.”

The game’s world, like the world in “Cabin in the Woods,” has some greater story going on in the background, something that explains why so many infamous killers are popping up and taking on “survivors.”

He said the world is a bit like a dream, where it includes recognizable places that seem different in some undefinable way. There’s also the underlying question of why this is all happening.

“Is it because they are paying for something?” he said. “We leave a lot of hints, but that’s it.”