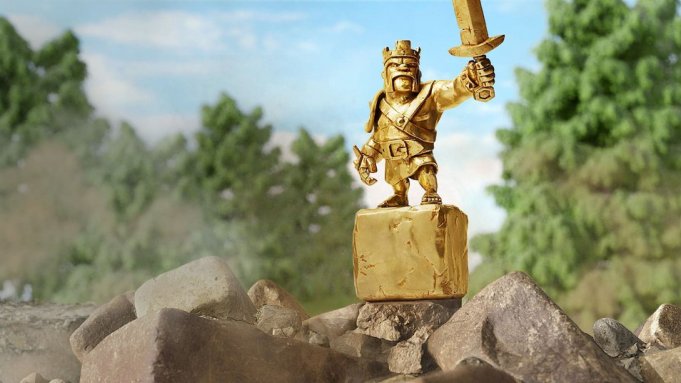 Multi-billion-dollar mobile game developer Supercell launched its first major foray into professional esports this month with the creation of the Clash Royale League, a unique approach to mobile esports that mixes talented fan players with dedicated pro-gamers to deliver the best “Clash Royale” play in the world.

The league kicked off earlier this year by essentially opening the draft to 25 million players who competed to qualify for the 2018 season. Those who made it through the qualifiers found themselves on pro teams with names like Cloud9, Immortals, and Complexity. Now the fall season of the league is kicking off by region; North America’s starts on Monday. Forty-four pro teams from around the world will spend the season competing for a spot in the World Finals.

The Clash Royale League effectively replaces the Clash Royale Crown Championship, a one-versus-one amateur showdown that handed out $150,000 in prizes last year. Tim Ebner, head of esports at Supercell, calls the move to the league an evolution to a team format and the main focus for Supercell this year.

“We are learning as we go,” he said. “Last year, a lot of the top players were showing up again and again. A lot of them were parts of esports teams.”

The move into esports for the game, which earned its first $1 billion in less than a year, was in many ways pushed by the players themselves and an early thought in the game’s history that organized competition added a lot to “Clash Royale,” said Supercell CEO Ilkka Paananen.

“Very, very early on in the game’s history, even before the game was out, the (development team) discovered it was fun to play and compete with other people,” he said. “When it went out, we did a soft launch, a limited release in a few countries, and players and communities started to organize their own competitions. That expanded after the global launch and it was available globally.

“So this felt like something our players do organically. It is very clear our players think the same way we do because they organize their own competitions.”

“We talked to a lot of the team owners, investors, and CEOs,” Ebner said. “A lot were fans. They were thinking about opportunities on the mobile gaming platform.”

The deal grants the teams the ability to sell their own sponsorships and pursue their own deals. Essentially, the teams are free to monetize however they can. Meanwhile, Ebner said that Supercell has given a “pretty strong commitment” to the league. “We have a mindset for thinking long term,” he said.

Paananen said much the same.

“Everybody carries a gaming device with them these days. Everybody plays. And now everyone can participate.”

And Paananen pointed out that Supercell’s interest isn’t simply in creating a league for people to play in, it’s also about creating a compelling way to broadcast those games to anyone who wants to watch.

“We are going to make watching more mobile friendly than it has been before,” he said. “In the long-run, that will have a big impact on mobile gaming.”

Broadcasts for Clash Royale League start this week on the YouTube app and Ebner said the company is in the midst of adjusting its production of the matches to optimize for mobile.

“‘StarCraft’ was my entry point into esports as a viewer,” he said. “It was very different. ‘Clash Royale’ is very accessible because the matches are short. I don’t think it gets to the point where it doesn’t keep people engaged. “