Toronto-Bound Producers Get Creative on Way to the Big Screen 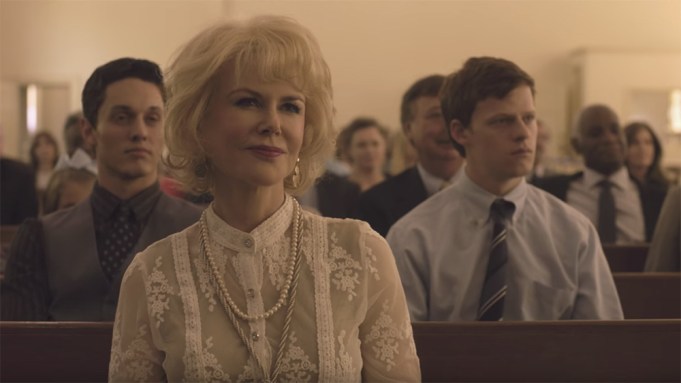 As the Toronto Intl. Film Festival welcomes indie fare aimed at adults and awards voters, the producers of those films aren’t just competing with each other. Many stars and quality mid-level-budget features are being siphoned off by Netflix in the production stage, not to mention by the siren song of the limited series deal.

So how are theatrical films attracting financing? “The financial market is pretty strong right now, and that tends to make it an easier time, particularly for the individual investors who love film,” says Maven Pictures partner Celine Rattray, echoing the comments of several producers with top Toronto titles (Maven’s got “Skin” at the fest). Others note an influx of financiers like 30West, well-backed mini-majors like Annapurna (TIFF titles “If Beale Street Could Talk,” “The Sisters Brothers”) and numerous adult dramas and docs that have passed the $10 million mark at this year’s box office, even as companies such as Global Road Entertainment hit troubled waters.

Yet financing indie dramas has never been easy, and veteran producers are taking many paths to the screen — from resurrecting well-known projects at low budgets, corralling numerous investors with meaningful subject matter, partnering on competing projects, recruiting international partners and, yes, even going to Netflix for projects that don’t quite have the star power to get off the ground. Here are some of the lessons they have learned.

Maven’s Rattray has produced and exec produced more than 30 features since 2005, including “The Kids Are All Right,” “Still Alice” and this year’s Sundance-prizewinning Netflix pickup “The Kindergarten Teacher” (also at TIFF). Getting funds for the white supremacist biopic “Skin,” which makes its TIFF world premiere on Sept. 8 with ICM repping sales, meant enlisting more backers than usual.

“We tend to pick the hardest types of movies to finance — mostly character-driven dramas with social impact messages,” Rattray says. But after sending the under-$5 million project to all of their previous financiers, it was the message in this redemptive tale of former Neo-Nazi Bryon Widner (Jamie Bell) that attracted a hefty 20 investors, including Hua Wen Movie Group (which put up 20% of the budget), PaperChase Films and Brookstreet Pictures.

More than half of the backers were individuals from tech, finance and real estate, “an extremely diverse group, including Asian, Latino, Muslim and Jewish investors, some from the ethnicities or religions who get targeted by Neo-Nazis,” she says. ”It was really people who were touched by the story and felt it was impactful.”

There are a few projects with similar themes and awards-season ambitions in Toronto. Oscar nominee Lucas Hedges is even competing with himself in two of them at TIFF: “Boy Erased” (which has a gay conversion therapy theme similar to the just-released Sundance dramatic Grand Jury prizewinner “The Miseducation of Cameron Post”) and “Ben Is Back” (which shares an addicted-son theme with another TIFF world premiere, “Beautiful Boy.”)

Which of these four rehab tales will prevail? Several producers with biopics about the same teen narcotics dealer-turned-FBI informant chose to join forces on “White Boy Rick,” about real-life convict Richard Wershe Jr., instead of staging an all-out drug film war. “[Jeff Robinov’s] Studio 8 bought a spec script, me and my partner Darren Aronofsky also bought a spec script [about Wershe], and neither of us were aware of the other,” says Protozoa Pictures’ Scott Franklin. “Studio 8 was already working with [director] Yann Demange, a close friend of mine, and I coincidentally called Yann to see if he was interested in our project.”

Aronofsky and Franklin were also friends with John Lesher, who’d recently joined Julie Yorn’s LBI Entertainment, which had a first-look deal with Studio 8. “There were elements from both scripts that we liked, so it just made sense to combine the two projects,” Franklin explains. This being Hollywood, however, a third competing Wershe biopic at Universal, with producer Scott Stuber and director Joseph Kosinski attached, did fall by the wayside.

Studio 8, which is majority owned by the Chinese firm Fosun Intl., fully funded the film (with a budget topping $25 million) and is releasing it through Columbia Pictures as part of its exclusive Sony output deal. Tapping Matthew McConaughey to star and rounding out the cast with other heavyweights (Jennifer Jason Leigh, Bruce Dern) gave them the confidence to put an unknown 15-year-old, Richie Merritt, in the title role. The film will screen Sept. 7 at TIFF following its Telluride world premiere.

James Frey’s 2003 drug addiction tome “A Million Little Pieces” sold millions of copies. But most of them were purchased before a 2006 investigation by the Smoking Gun revealed that Frey’s “memoir” had “wholly fabricated or wildly embellished details of his purported criminal career, jail terms and status as an outlaw.” Oprah Winfrey, whose promotion of “Pieces” as a book club selection helped its sales tremendously, famously eviscerated Frey on her show, and his book was re-marketed as a semi-fictional novel.

That might have been the end of the story, but after CAA negotiated the release of its rights from Warner Bros. back to Frey, “James gave Sam and Aaron [Taylor-Johnson] the right to do it, and they co-wrote a script,” says producer Brad Weston. The former president and CEO of New Regency (“12 Years a Slave,” ”Birdman,” “The Revenant”) had just left to launch his eOne-funded production shingle, Makeready, and after reading the script with film head Pam Abdy, wanted to make “Pieces” their first feature, with Sam directing and Aaron starring.

“We all agreed to make it but hadn’t agreed on the budget,” Weston says. “Sam, Aaron, myself, Pam Abdy and one of the producers, Andrew Rona, all made the choice to make a movie without the customary financial pressures. We did this film differently than the way we’re doing all our other movies at Makeready, where we fully fund them and distribute [most] through Universal.

“On this film, Nick Meyer and Sierra/Affinity knew what we could get on international, so we did the movie at that number — $4 million — knowing that we hadn’t sold any territories yet. On our budget, there was really no way to absorb historical costs, but Warner Bros. allowed us to make a creative deal with them,” Weston says. “They were fantastic. We’re making an independent movie on an important subject matter that we believe will be a positive influence on people who can use this film to talk to them. The end result was a really good film.”

Andrew Lauren Prods. CEO Andrew Lauren had focused on low-budget American indies such as “The Squid and the Whale” and “The Spectacular Now” before bringing D.J. Gugenheim aboard as a partner and president. So when CAA presented them with a package for legendary French writer/director Claire Denis’ “High Life” with Robert Pattinson and Juliette Binoche (which has its TIFF world premiere on Sept. 9), they jumped at the chance to up their game and expand their horizons. “It’s my first international co-production,” Lauren notes, and working with German, British, Polish and French companies allowed him to work with a mid-eight-figure budget. “It’s her first English-language feature, and a sci-fi film to boot, and it gave us the opportunity to shoot in Cologne,” he notes. CAA (U.S.) and Wild Bunch (international) are repping sales.

Likely Story founder Anthony Bregman has a long track record of adult comedy/dramas, consistently backing auteurs like Charlie Kaufman and Nicole Holofcener at studio specialty divisions. But Holofcener’s adaptation of Ted Thompson’s midlife crisis novel “The Land of Steady Habits” ran into trouble when it went into development at Fox Searchlight in 2014.

“It needs one of the five biggest stars in the world in order to have a theatrical impact, and it’s also the kind of role that the five biggest stars in the world are not seeking out,” notes Bregman. “The movie was basically in limbo for more than a year as we were going out to the Brad Pitts and George Clooneys of the world, a process that always has a very low degree of success. We said, ‘If you don’t think it’s going to go, can you give it back to us?’ and they said OK.”

But, Bregman says, he ran into the same issues with other buyers, who told him: “It very much depends on who is playing that role. What are Tom Hanks and Steve Carell doing?” That’s when Bregman’s team approached Netflix, which loved Holofcener’s first choice, Ben Mendelsohn. “They have experience with his audience, because Ben was on [its series] ‘Bloodline’ and other things that were on the service. So their algorithm is very different from the one used in the traditional theatrical context, and his casting was something very appealing to them.”

“Habits” and Tamara Jenkins’ Sundance-preemed “Private Life,” are Bregman’s first films with the streaming service, but far from the last. Likely Story and Netflix are working on five other films that have been announced (including one from Kaufman) and five more that haven’t yet.

“There’s a lot of financing out there right now, so financing isn’t the struggle,” Bregman says. “The struggle is: how do you get the movies out there and get them seen the way you want them to be seen?”