Director Richard Linklater on What Inspires Him to Keep Creating 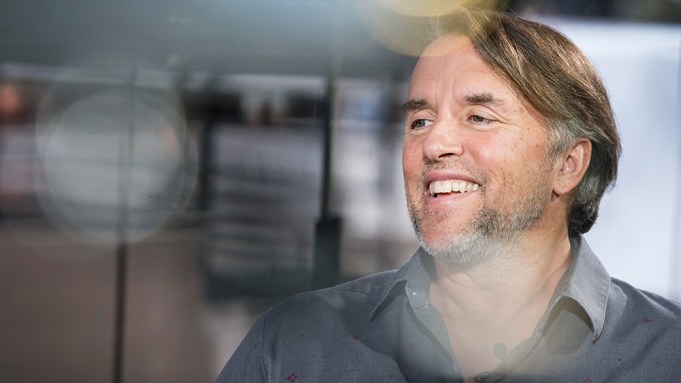 Director Richard Linklater sat down with Variety film critic Peter Debruge at the Karlovy Vary Film Festival to talk about filmmaking inspirations, as well as his non-profit, the Austin Film Society.

“I love movies, I want to keep doing movies,” he said at the film festival, which just kicked off in the Czech Republic. “If you ask me what I want to be doing 30 years from now, I want to be an old guy who can still make movies. That sounds good to me.”

Linklater established the Austin Film Society with Lee Daniel in 1985 to support up-and-coming filmmakers and bringing talent to Texas. The director reflected on the inception of its foundation and its progress more than 30 years later.

“It was a unique thing to suddenly have stars in town,” Linklater said. “It started getting a little more star-studded, and no one was doing that in Austin. Austin just wasn’t used to, ‘Hey, we’ve got a bunch of movie stars in town.’ So it built up. I get to know a filmmaker and say, ‘You’ve got to come to Austin. We’ll show your film. It’ll be fun!’ Quentin [Tarantino] came in with ‘Pulp Fiction’ and blew the roof off of Hogg Auditorium on campus.'”

The pair also discussed film festivals as sites of inspiration for future projects, such as Linklater’s 1995 romance “Before Sunrise.”

“I’d gone to Locarno, Switzerland with ‘Dazed and Confused,’ and then we went to Vienna,” Linklater said. “But meanwhile, I was scouting locations in Germany for a film about these two people that get together because I originally conceived that in Germany. So I go to Vienna and have a great time with all these people, and I said, ‘I think I’m gonna do ‘Before Sunrise’ here.’ That was 100% because I went to the film festival in Vienna and met these great people … it just seemed like more of a natural fit.”