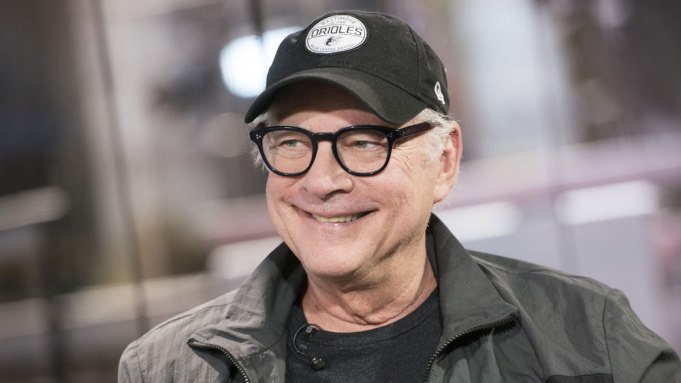 Sometimes a director’s vision for a film isn’t realized upon its initial release, but is later understood and appreciated. Such is the case with Barry Levinson’s “Toys,” which he discussed with Variety’s Peter Debruge for our Critics Corner series at the Karlovy Vary Film Festival.

The “Rain Man” director said he conceived “Toys” in the midst of being captivated by the idea of presenting military equipment and weaponry in a happy, Willy-Wonka-esque-toy-factory fashion. However, despite being shrugged off during its opening in 1992, Levinson said younger audiences have begun to appreciate the Robin Williams-starrer today.

“I thought, if we do it in these primary colors and it all looks like it’s happy and fun, but it’s really a dark comedy underneath it, rather than presenting it as a dark comedy,” Levinson said. “It’s only in the last few years where a whole new generation sort of sees it, more so in Europe than in America, that I hear more conversations about it.”

This doesn’t come as a surprise to Levinson, though. He said movies become influential because they continue to affect audiences for years after they’ve run through their debuts.

“Films that become influential have an afterlife that influences other people because it’s the nature of film,” Levinson said. “We also build on that which came before in some way or another, and we are influenced by things consciously and unconsciously.”

Levinson also told Debruge about his writing process. When he comes up with an idea for a story, Levinson said he writes it as fast as possible.

“I think someone’s writing the same thing, and I have to write it faster,” he said.