Shane Black's reboot of a franchise he once acted in is loud, energetic, and near-senseless. 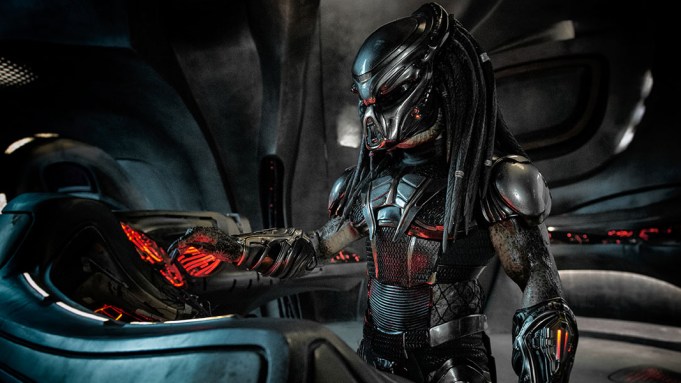 Some movie franchises are like a factory-lemon automobile: It drives like a dream off the sales lot, but no amount of producers turning the ignition and pumping the gas can quite get the engine going again. Virtually ever “Predator” film since John McTieran’s muscular 1987 original has disappointed. Overblown hot mess “Predator 2” was a case study in how “bigger isn’t necessarily better;” two “Alien vs. Predator” movies took a B-movie concept into C-grade silliness. The contrastingly grim 2010 “Predators” was efficient but rather joyless.

Ergo it seemed like a decent idea when somebody decided to let Shane Black — who actually played one of Rasta-Alien’s first kills in the original — loose on a “Predator” reboot. Such movies are rarely entrusted to filmmakers with distinctive sensibilities of their own. Maybe Black could deploy some of the same wit that made his prior directorial endeavors “Kiss Kiss Bang Bang” and “The Nice Guys” superior exercises in genre snark. Or so it was hoped.

Alas, within the Black oeuvre, “The Predator” lands more between “The Last Boy Scout” and “Iron Man 3,” being a mixture of the flippant-knucklehead-machismo species with frantic comic-book action. Though there’s gore and creatures aplenty, say goodbye to any remaining horror element in this series. Now we’ve got a sort of mashup of Indiana Jones, “Jurassic Park,” and a flying-kung-fu movie, no longer scary in the least but hella loud and busy.

For an entry that can’t take itself seriously for a minute (excluding the inevitable mawkish half-minute of affirming “it’s about family”), this one doesn’t actually seem to have a humorous angle on its source material. Like everything else here, it tosses out its dumb yucks and rare good Iines with pummeling haste audiences don’t have time to groan before the next explosion or stunt fall or CGI effect usurps their place. It’s an exhaustingly energetic mess in which a coherent plot and credible characters aren’t even on the cluttered menu. When general audiences queue up for the onslaught (the film opens a week after its Toronto Film Festival premiere), they may well resent being so crassly pandered to. Then again, they may lap it up.

Quinn McKenna (Boyd Holbrook) is an ex-U.S. Army sniper turned mercenary for hire, about to take down the bad guys in a Mexican hostage situation when he and his unit are distracted by a crashing space ship. McKenna ends up sole survivor of an encounter with its hostile occupant; he flees with some purloined space warrior-gear he mails home from the nearest cantina. (Really.) Meanwhile, evolutionary biologist Dr. Casey Brackett (Olivia Munn) is hijacked from her university job to a secret government lab where a “Predator” — one of several known to have visited Earth since 1987 — is being held captive under sedation.

Not for long, of course. When it wakes up, the resulting melee throws the Doc in with McKenna, who by then has been re-absorbed by the military himself and saddled with a bunch of variably crazy-as-a-fox PTSD cases (played by Trevante Rhodes, Keegan-Michael Key, Thomas Jane, Alfie Allen and Augusto Aguilera) dubbed “the Loonies.”

Quinn realizes the Predator may be homing in on his own estranged wife (Yvonne Strahovski) and Asberger’s-spectrum son (Jacob Tremblay), particularly as the latter is genius enough to have activated the space technology that daddy sent in the mail. Sterling K. Brown plays a government meanie; additional Predators (and their “space dogs”) show up; much pseudoscientific mumbo-jumbo is spoken; and many people get hurtled great distances then miraculously get up just fine. The ones who have their heads torn off, not so much.

All of this is silly, borderline senseless, lively, and without any real rooting value at all. The supposedly lovable misfits here aren’t, no matter how the cast members feign hilarity at their potty-mouthing. Not that it matters — because nothing does in this expensive toy of a film, which ultimately works on the level of a disco ball. It’s shiny, it moves, and is accompanied by much noise.

There’s not so much to say about the actors at hand, save that they showed up when they needed to, and the rest of the time (a lot, in fact), their stunt doubles did. Production values are highly polished across the board, which is not the same as saying the film has style — or that if it did, we’d have time to notice during 105 minutes that are strenuous, clamorous, yet still feel altogether like a tossed-off goof.