Playback: Woody Harrelson on ‘Solo’ and Having the Skills to Land ‘White Men Can’t Jump’ 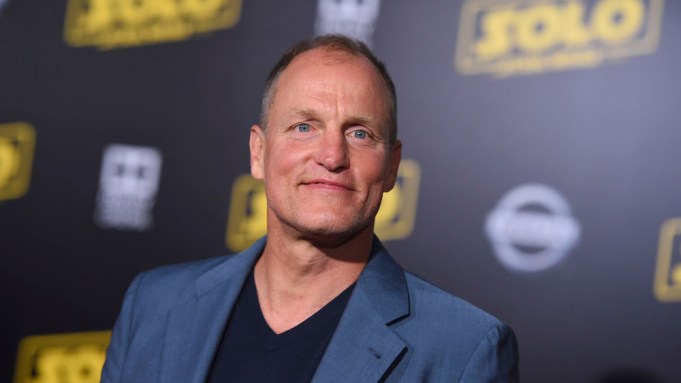 Welcome to “Playback,” a Variety / iHeartRadio podcast bringing you exclusive conversations with the talents behind many of today’s hottest films.

As a sort of mentor to the young Han Solo in “Solo: A Star Wars Story,” Oscar-nominated actor Woody Harrelson gets a pretty sweet place in cinema history. He stars alongside Alden Ehrenreich as Tobias Beckett, a career criminal making his way through the seedy underbelly of the galaxy when the scruffy-looking upstart crosses his path. Along with the rest of the cast and crew, Harrelson weathered a change in the director’s chair four months into filming. He says he was “devastated” by the removal of Phil Lord and Christopher Miller, whose process he enjoyed.

Listen to this week’s episode of “Playback” below. New episodes air every Thursday.

“Phil and Chris are really good filmmakers, they just have a different style,” Harrelson says. “They love to improvise and try things and mix it up. I love their style of working, but it wasn’t ideal for the ‘Star Wars’ universe. They wanted to do it different than the way the powers that be were used to ‘Star Wars’ being done. I’d love to work with them again some time. I think they’re terrific. But it would have been a much different movie if Ron [Howard] hadn’t come in.”

Regarding Howard, like the rest of the team, Harrelson has nothing but glowing things to say. It takes a certain kind of filmmaker to walk in with a steady hand in the middle of that kind of uncertainty and keep things moving.

“He’s such a gentleman. Such a sweetheart. So savvy,” Harrelson says of the Oscar-winning director. “He’s just a guy who can come in like that after four months of shooting and just go, ‘OK, we’re going to do this, do this, and just pick up the pieces and go on,’ and that’s what he did.”

Harrelson is busy as ever these days, and part of the glut was a stab at the director’s chair himself. He made his debut behind the camera with “Lost in London,” which just happens to be releasing via Hulu and iTunes on the very same day as “Solo.” It’s a single-take escapade in the streets of London, which radically aired live in select theaters as it was filming more than a year ago.

“[It was] a great bunch of actors in London who helped me recreate a night in my life that happened many years ago that was without question one of the worst nights of my life,” Harrelson explains. “But I started thinking a couple years after that there’s merits to the story. It’s a redemption story about true gratitude for the life you have, in a sense. I started thinking that even though it was just a humorless night, it could be funny.”

We also branch out a bit to discuss a few other things, including “White Men Can’t Jump,” which celebrated its 25th anniversary last year and put Harrelson on the cinema map after years in the TV trenches. But if a certain movie star had the skillset, things might have gone a lot differently.

“I remember auditioning for it, because at the time I was on ‘Cheers’ and had been on ‘Cheers’ six years, and I just couldn’t get other work,” Harrelson says. “At the time it was much more of an issue of if you’re on a show, then you’re kind of known for that character and you’re not in movies. Now it’s not quite as restricted. So I remember trying out for it and part of it was we had to show we could play basketball. Well, if Keanu Reeves was a good basketball player, he would have done that part. Because he wanted to do it and he was already a popular actor. My mindset was very positive and confident and just, ‘I’ve got to get this part.’ I just had a feeling. And then of course it did change my life.”

For more, including discussion of last year’s “War for the Planet of the Apes,” the upcoming Roland Emmerich film “Midway” and Harrelson’s further ambitions behind the camera, listen to the latest episode of “Playback” via the streaming link above.

Hear more episodes of “Playback” at iHeartRadio.
Subscribe via iTunes.