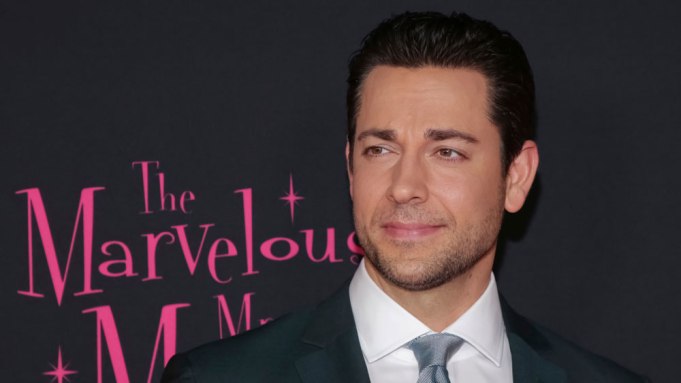 Zachary Levi is known to most audiences as the titular computer geek in “Chuck,” but on Wednesday, he’ll be introduced to “Marvelous Mrs. Maisel” fans as the newest character in Season 2 — and in a few months, he’ll become a big-screen superhero, starring as the title character in DC’s “Shazam.”

Chatting with Variety at the New York City premiere of the new season of Amazon’s “The Marvelous Mrs. Maisel,” in which Levi plays a doctor, the actor teased his biggest role to date.

“It’s very much like ‘Superman’ meets ‘Big,'” Levi said of “Shazam,” recalling two of his favorite films from his childhood. “The film is about wish fulfillment, and I’m kind of living out my own wish fulfillment, so it’s just layers and layers of awesome.”

Levi squashed the rumor that he was wearing fake muscles on the set of “Shazam,” photos of which went viral when they surfaced from set, prompting the internet to wonder if he was donning a padded costume.

“Does it look fake to you? Come on!” Levi joked with Variety, pointing to his “gluteus maximus.”

Taking the internet rumors in stride, Levi did reveal his training plan to get into superhero shape for “Shazam,” explaining that ever since he was cast in the DC Comics film, he’s been in the gym five to six times per week and has been eating between 3,000 and 4,000 calories per day.

“I immediately put on about 24 pounds and then we carved that down in about half, so I’ve been hovering around 215 pounds, and I’m in the best shape of my life and stronger and happier and healthier than I’ve ever been,” Levi shared. “Honestly, that’s the stuff that I’m most ecstatic about, which is just the level of health that I’ve gotten to — mental health, emotional health, spiritual health, physical health — I am so jazzed about that and I want to keep talking about that, particularly mental health.”

Levi said, while preparing for the role, he’s learned more about mental health and self-love by taking care of himself.

“I just feel like we’re in a place, particularly nowadays, where people need to be encouraged and informed on what self-love is, and to go and genuinely embrace themselves and love themselves, so I’m really happy about all of that,” Levi said.