‘A Wrinkle in Time’: Watch Ava DuVernay’s Speech on First Day of Filming 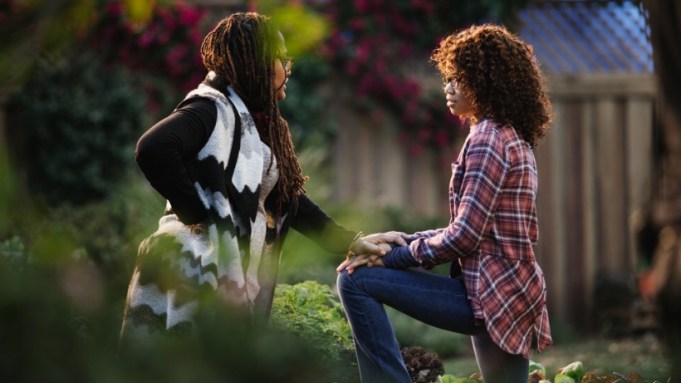 With a star-studded cast of Oprah Winfrey, Reese Witherspoon, Mindy Kaling, and Chris Pine, “A Wrinkle in Time” is one of the most buzzed about movies of the year, and an exclusive featurette offers a behind-the-scenes look at the making of the film.

In the clip, director Ava DuVernay gives a speech to the cast and crew on the first day of filming, saying, “I just want to gather everyone around for one moment of togetherness before we all spread out and do our thing. Just the fact that we get to be here doing this, it’s a good thing. Thank you so much for being here and let’s do this!”

Later, after introductions from the diverse crew, which includes many women and people of color, DuVernay explained, “The overall vision for ‘A Wrinkle in Time’ is to create something emotionally resonant and visually stunning with a fantastic team of artists. This film is a wonderful collaboration that allows for all kinds of out-of-this-world design, from the production design to the costumes.”

She specifically discussed working with visual effects supervisor Richard McBride, who created the iconic bear that faced off against Leonardo DiCaprio in “The Revenant,” to design the film’s world.

“When you have the energy, the crew, and all of the actors together, you just know that you’re making something really powerful,” Winfrey added.

“A Wrinkle in Time” hits theaters on March 9.