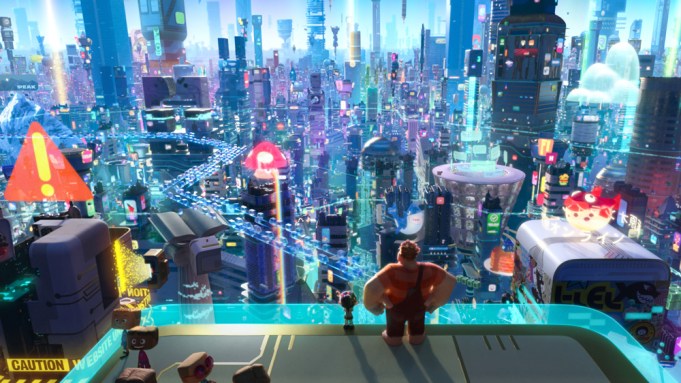 The footage, released by Walt Disney Animation Studios on Wednesday, finds John C. Reilly’s titular hero and his friend Vanellope von Schweetz (voiced by Sarah Silverman) exploring the wild wild west — aka the internet. When a Wi-Fi router gets plugged into the arcade, the two leave Litwak’s Family Fun Center and Arcade for the digital realm in search of a replacement part to save Vanellope’s video game, Sugar Rush.

“Holy cow! Look at all this stuff,” Ralph exclaims upon arrival.

When they’re not breaking children’s games, the duo attends an eBay “auction” (of a black velvet painting of a sorrowful kitten) and learns about clickbait (“These 10 child stars went to prison. No. 6 will amaze you,” a pop-up says).