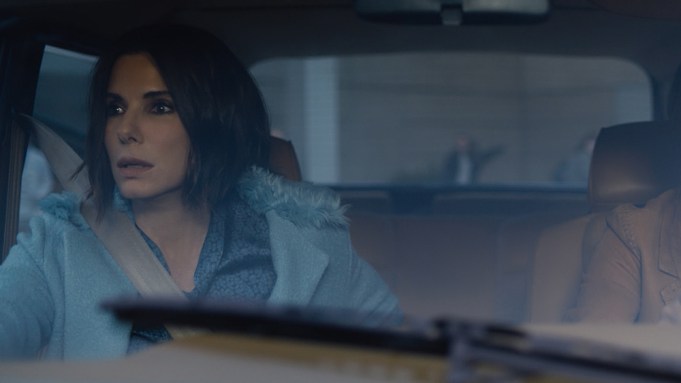 As the Woolsey fire continues to rage, Netflix has canceled another red carpet out of respect for the victims and first responders of the deadly inferno.

The streaming giant announced that the carpet for Monday’s AFI Fest gala screening of Sandra Bullock’s latest film “Bird Box” has been called off.

“Our hearts are with the victims, families and brave first responders for both the Borderline shooting and California Wildfires,” Netflix said in a statement. “In light of these tragedies, we will be cancelling tonight’s AFI Fest red carpet coverage for ‘Bird Box.’  The screening will continue as planned. We thank you in advance for understanding and encourage you to support one of the many organizations who are helping those impacted.” Netflix has urged movie goers to donate to the Red Cross and the Humane Society.

Netflix also called off the carpet for AFI’s Sunday screening of the Coen brothers’ western “The Ballad of the Buster Scruggs.” Paramount did the same for Mark Wahlberg and Rose Byrne’s “Instant Family,” which was scheduled for Sunday as well.

“Food intended for the after party will be donated to The American Red Cross, which is providing aid to victims of the fires,” Paramount said in a statement. “Additionally, we will be screening the film at an evacuation center for victims of the fires — location to be confirmed. During this incredibly difficult time, it is imperative that we band together as a community to assist those in peril. Our hearts go out to those impacted.”

Monday night’s AFI screening of A24’s “Under the Silver Lake” starring Andrew Garfield will continue as planned with a red carpet at the Egyptian Theatre in Hollywood.

Other red carpets scheduled for the week include Wednesday’s premiere of “Narcos: Mexico” and the announcement of next year’s Golden Globes ambassador. AFI closes on Thursday night with the premiere of “Mary Queen of Scots.” At the same time, Facebook Watch fetes the new beauty pageant dramedy “Queen America” starring Catherine Zeta-Jones. On Friday, Fox Searchlight will debut “The Favourite” in Westwood, Calif.

Two people have died and at least 370 structures have been destroyed as a result of the wildfires. Miley Cyrus, Gerard Butler and Neil Young’s homes were destroyed over the weekend. Julia Roberts, Lady Gaga, Kim Kardashian West, Rainn Wilson, and Alyssa Milano are among the celebrities who have evacuated their homes.