‘Won’t You Be My Neighbor?’ Trailer Promises Mr. Rogers Documentary Will Be a Tearjerker 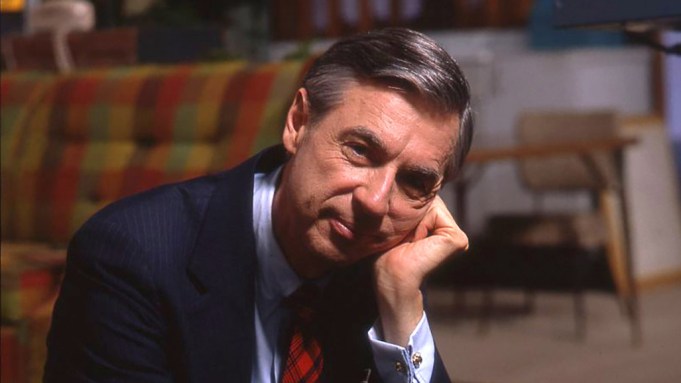 With the country feeling more divided than ever, everyone’s heartstrings could use a good tug, and that’s exactly what the trailer for the upcoming “Mister Rogers’ Neighborhood” documentary “Won’t You Be My Neighbor?” promises.

The trailer, hailed on social media as a tearjerker itself, shows footage from the set of “Mister Rogers,” as well as clips of Fred Rogers off-screen.

The documentary will feature interviews with those involved in the creation of the children’s television series, including producer Margy Whitmer, who quips, “You take all of the elements that make good television, and do the exact opposite — you have ‘Mister Rogers’ Neighborhood’….yet, it worked.” Others interviewed in the trailer include Elizabeth Seamans, who played Mrs. McFeely, and Francois Clemmons, who played Officer Clemmons.

The trailer touches on how the film will explore “Mister Rogers'” radical nature — the show covered topics like death, divorce, and racism.

“The greatest thing that we can do is to help somebody know that they’re loved and capable of loving,” Rogers says in a voiceover.

“Won’t You Be My Neighbor?,” from Focus Features, premieres June 8. Variety critic Amy Nicholson wrote that though the film, which premiered at Sundance, is “not a complex portrait,” it serves as “comfort food in an uncertain era.”