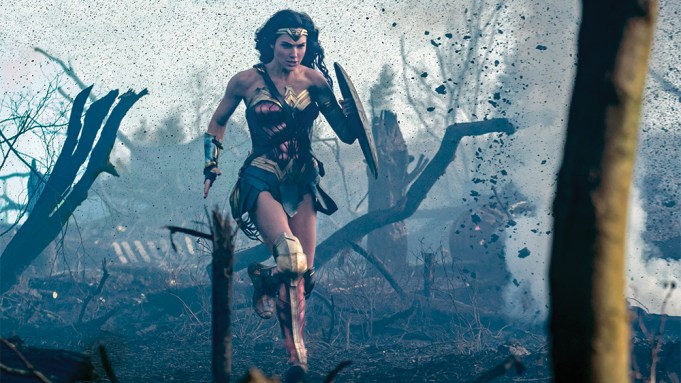 The sequel, which is set in 1984, replaces Mark Wahlberg’s “Six Billion Dollar Man,” which has been taken off the schedule.

Jeff Goldstein, Warner Bros.’ president of domestic distribution, said, “We had tremendous success releasing the first ‘Wonder Woman’ film during the summer so when we saw an opportunity to take advantage of the changing competitive landscape, we did. This move lands the film exactly where it belongs.”

Patty Jenkins is returning to direct. The film was originally dated on Dec. 13, 2019, but was moved forward to Nov. 1 to avoid being just a single week ahead of Disney-Lucasfilm’s “Star Wars: Episode IX,” which opens on Dec. 20, 2019. Chris Pine is also back and Kristen Wiig joins as the villainous Cheetah. Gadot and Jenkins are producing along with Charles Roven, Deborah Snyder, Zack Snyder and Stephen Jones.

Warner Bros. bought the rights to “Six Billion Dollar Man” late last year from the Weinstein Company, which had been developing the movie with Damian Szifron — best known for directing the Argentinian drama “Wild Tales.” The studio had already pushed back the release date for the sci-fi action film by a year, moving the opening from May 31, 2019, to June 5, 2020, in the wake of Szifron departing as director in early May of this year.

“Wonder Woman 1984” is currently the only film dated for June 5, 2020. Gadot made the announcement Monday on her Twitter account:

Super excited to announce that, thanks to the changing landscape, we are able to put Wonder Woman back to its rightful home. June 5, 2020. Be there or be square!!!