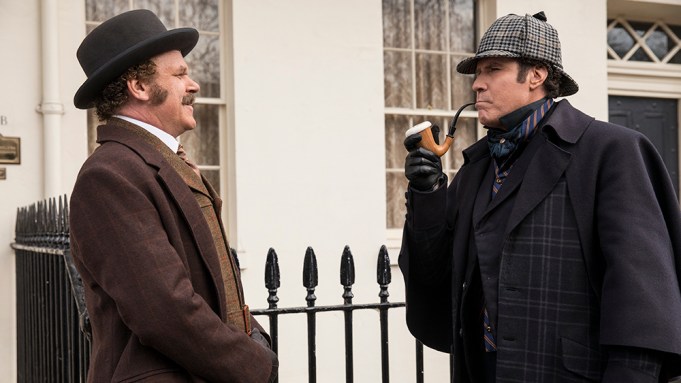 Will Ferrell and John C. Reilly are back to their usual absurd antics in a new trailer for Colombia Picture’s latest comedy “Holmes and Watson,” released Friday.

The film marks the the third time that the “Stepbrothers” stars have acted alongside each other; however, this time they’ll be taking on one of Britain’s greatest literary figures: Sherlock Holmes. In the new trailer, Ferrell (Sherlock Holmes) and Reilly (John Watson) try on disguises, shoot at killer bees and jump out of windows all while trying to solve a mysterious case involving the the queen of England herself.

The video also features several other members of Sir Arthur Conan Doyle’s roster of characters, including a quick glance at a mustachioed Ralph Fiennes as Moriarty as well as new characters such as Dr. Grace Hart (Rebecca Hall), a strong, beautiful doctor who is obviously smarter than both detectives.

As for jokes, Ferrell and Reilly are doing what they do best: dumb characters and slapstick comedy, which includes numerous 21st century references – a Victorian selfie stick and a “no sh— Sherlock” both make an appearance – blended with a nineteenth century environment.

Kelly Macdonald, Lauren Lapkus and Hugh Laurie will also star in the film, which is set to hit theaters Dec. 21.